The origins of Marlon Brando Island lie in the prolific bedroom recordings and determinedly DIY ethos of vocalist and guitarist Marcus Fulcher, whose up-and-at-’em attitude would soon establish him as a notable presence on London’s solo singer/songwriter circuit. However, it took the muscular contributions of Marco Testa Ryan (drums) and Edward J Thorpe (bass) for Fulcher’s sprawling, widescreen songs to realise their full potential. The London trio’s aggressive, experimental, innovative post-punk output has been variously likened to artists as diverse as Shellac, The National, Cloud Nothings, Talking Heads and Future Islands. The glue that binds these disparate influences into a cohesive and intoxicating alt-rock unit is the band’s shared belief that music can be transformational, that it should make such an impression on the listener as to change them for ever. And with a sound as stimulating as Marlon Brando Island’s, that change will only be for the better. 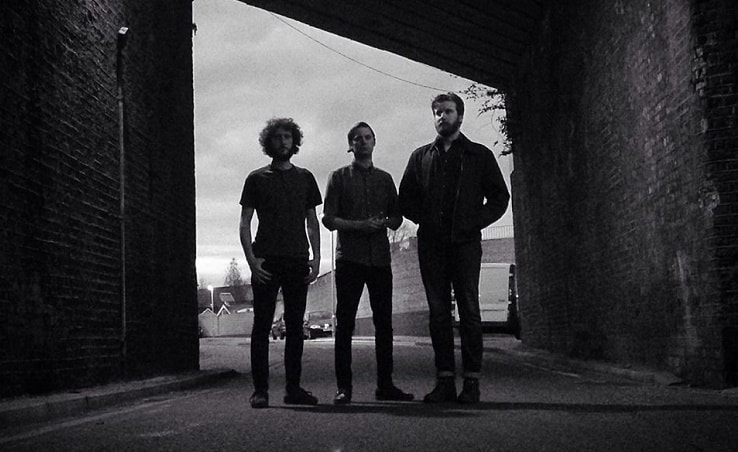 “This song originated as a dialogue between a mother and child, but I guess ended up as a bit of a prolonged peer into the abyss,” says Marlon Brando Island songwriter Marcus Fulcher of the tough narratives playing out in addictive live favourite ‘True Heroes’. Now set to tape, the song’s astute, razor-sharp lyrical content announces itself to an atmospheric guitar and vocal build that opens into an expansive, irresistible salvo of tumbling rhythms and reinvigorating edgy interplay between all three band members. Landing the sort of full-blooded punch for which the trio will become famed, the darkly emotive post-punk of ‘True Heroes’ is Marlon Brando Island’s epic.