Skip to content
Home » Music » Marina and the Diamonds – Froot

Marina and the Diamonds – Froot. Marina Lambrini Diamandis better known by her stage name Marina and the Diamonds, is a Welsh singer and songwriter. Born in Brynmawr and raised in nearby Pandy, she performed for choir productions in her childhood. In 2009, Diamandis came to prominence after being ranked in second place on the Sound of 2010 poll organised by the BBC. Her debut studio album The Family Jewels (2010) incorporated indie pop and new wave musical styles, while her follow-up record Electra Heart (2012) integrated prominent elements of electropop. The latter project debuted at number one on the UK Albums Chart, and introduced Diamandis to several international markets. She has described herself as an “indie artist with pop goals” and often analyses components of human behaviour in her music. Diamandis is additionally recognised for her retro and cartoonish fashion styles. Diamandis is notable for her “experimental” clothing; she has described her fashion styles as “vintage, cheerleader and cartoon”, and has identified Sofia Loren and Gwen Stefani as her fashion icons. As part of Selfridges’ “Sound of Music”, Diamandis designed her own window display for the London Oxford Street branch in May 2010, and additionally appeared as a “live mannequin” for the display. In November, she was featured on the website for the British edition of Vogue, where she contributed to the “Today I’m Wearing” column that month. Wikipedia®. 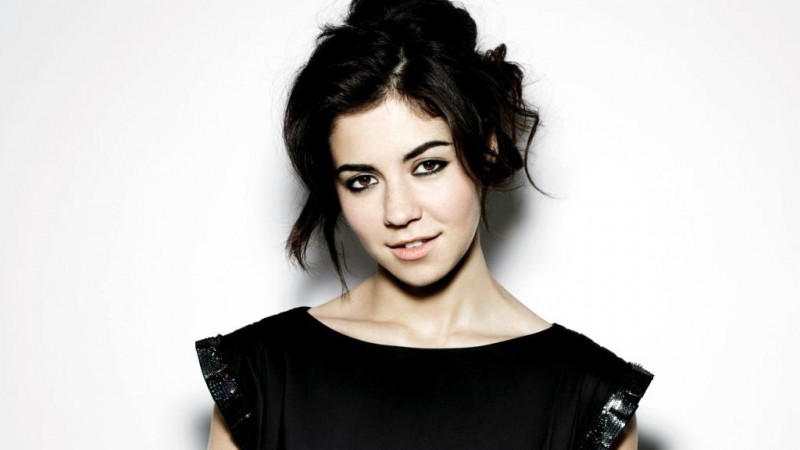 Marina and the Diamonds – Froot

The world must be ready! British singer-songwriter Marina and the Diamonds is almost back to the music spotlight. Following the release of her Fashion brand 11 Diamonds, the singer is currently working so hard in the studio in the awaited follow-up to her acclaimed second studio album “Electra Heart“, released in 2012.

Marina and the Diamonds – Froot

[Interlude]
It’s summer time and I hang on a vine
They’re gonna make me into sweet red wine
Hanging around like a fruit on a tree
Waiting to be picked, come on cut me free

[Pre-Chorus 1]
Come on fill your cup up
Looking for some good luck
Good luck, good luck to you
Hanging like a fruit
Ready to be juiced
Juiced, juiced

[Verse 3]
Baby, I am plump and ripe
I’m pinker than shepherd’s delight
Sweet like honeysuckle late at night

[Interlude 2]
I’m your carnal flower, I’m your bloody rose
Pick my petals off and make my heart explode
I’m your deadly nightshade, I’m your cherry tree
You’re my one true love, I’m your destiny

[Pre-Chorus 2]
Come on fill your cup up
Looking for some good luck
Good luck, good luck to you
Autumn, I’ll be gone
Birds will sing their mourning song
Song