Mafia III is an action-adventure video game played in a third-person perspective, in which players assume control of Lincoln Clay, a Vietnam War veteran on a quest to seek revenge for his friends, who are murdered by local mobs. The game is set in 1968 New Bordeaux, a reimagined version of New Orleans, with the open world being larger than the Mafia and Mafia II maps combined. Mafia III‘s map is made up of ten districts: Bayou Fantom, Delray Hollow, Barclay Mills, Frisco Fields, Pointe Verdun, Tickfaw Harbour, Southdowns, River Row, Downtown, and the French Ward. Players can complete objectives using a variety of approaches. For example, players can use the weapons provided in the game, like shotguns and revolvers, to eliminate enemies, or even to call up for some aid or “assisted backup” from a few friends, before or during the gun fight. Alternatively, they can make use of stealth tactics throughout the entire mission without being noticed by enemies. The core gameplay revolves around gunplay. In addition, players can also perform executing moves and engage in melee-combat. The game also features a cover system, allowing players to take cover behind objects to avoid enemy gunfire and some detection. Players can also interrogate non-playable characters after defeating them in order to gain more information on their objectives. Like scaring them while driving a car. Players can attack and overrun locations owned by the Italian mob, and assign one of their lieutenants to operate around the local area. The game allows players to drive cars from the era with realistic drive mechanics and sounds. Mafia III is set in the year 1968, and revolves around Lincoln Clay, a biracial orphan. As a boy, he was adopted by black mobsters and later served in the Vietnam War. 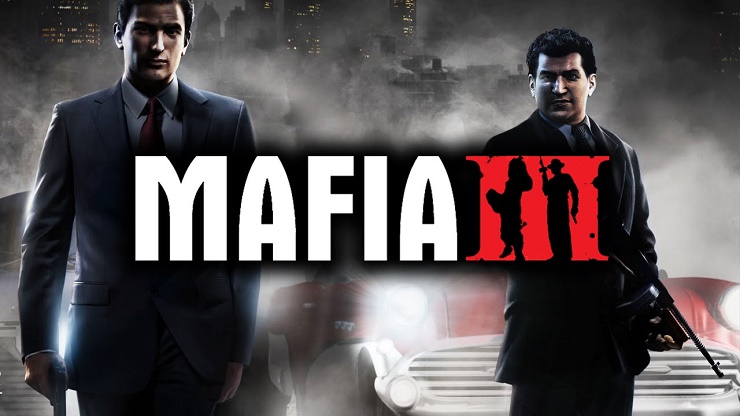 After being discharged, he returned to New Bordeaux (a fictionalized version of New Orleans) and was subsequently inducted into the black mob. For his first assignment, he works with Giorgi Marcano, heir to the Marcano crime family, to rob the Federal Reserve. The money is divided evenly, but Giorgi and his father have other plans. They stage an ambush back at the meeting point (a black-owned bar), killing all of the mob’s leaders and leaving Lincoln for dead with a bullet in his skull. After a friendly priest, Father James, saves his life, Lincoln sets out to rebuild the mob and exact revenge against the Marcano crime family and their associates. He also seeks the help of other crime bosses, including Cassandra, Burke, and Vito Scaletta, as well as his former Army handler, John Donovan, who provides Lincoln with intelligence on the Marcano family’s members and operations. Wikipedia®