Lykke Li born Li Lykke Timotej Svensson Zachrisson; born 18 March 1986 in Ystad) is a Swedish singer-songwriter. Her music often blends elements of pop, indie rock, and electronic; various instruments can also be found in her songs, including violins, synthesizers, tambourines, trumpets, saxophones, and cellos. Li possesses the vocal range of a soprano. Her debut album, Youth Novels, was released in 2008. As one of 2008’s most talked-about albums, Youth Novels – a postmodern pop masterpiece combining elements of folk music, hip hop, singer/songwriter confessionals and more – established Lykke Li Zachrisson as a true innovator of melody and style. Released when she was just 22, her voice alternated between a world-weary sigh and a coquettish coo, simultaneously eschewing protection while wanting to be looked after; evoking a steely strength behind her eyelash-batting shyness. Embracing her own contrasts, Lykke Li strove to load the songs on Youth Novels with heavy emotions but deceptively simple instrumentation, often times relying on sparse melody lines and basic beats upon which to pile her incredible choruses. Live, her performances were as startling as they were riveting: armed with a paired down drum kit, a necklace made out of percussive instruments, a guitar, a bass and a microphone, many were confounded by how much energy, emotion and heart came out of one very simple set-up and one hell of a singer. Youth Novels skyrocketed to the top of many of the year’s Best Of lists and saw Lykke Li sell out tours across the globe, including lauded sets at massive festivals such as Glastonbury, Coachella, Lollapalooza, appearances on Jools Holland as well as Late Night with Conan O’Brien, an incredible heartbroken song called Possibility as the centerpiece of the Twilight-New Moon soundtrack and more. 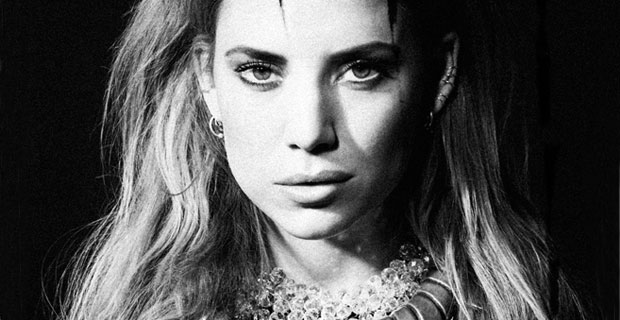