Lumidee began singing and rapping at the age of twelve. After graduating high school, she collaborated with a local neigh- borhood producer to record her debut single, „Never Leave You (Uh Oooh, Uh Oooh)“ for an independent record label. She signed with Universal Records, where she released her debut album called „Almost Famous“ in 2003. Her debut sing- le, „Never Leave You“, peaked at number 3 in the United States and number 2 in the United Kingdom. The track Almost Famous sold around 300.000 copies in the U.S. 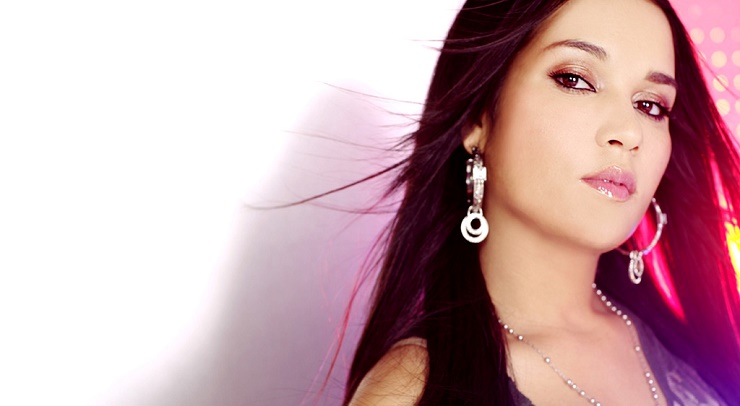 For the next few years, Lumidee was not in the mainstream music industry in the US, instead veering more towards reg- gaeton and dancehall music. After her hit single „Never Leave You“ faded, Lumidee went overseas to continue her musical career in Belgium, Germany, France and the Netherlands. She released „Grimey Streets“ in 2004, which was a mixtape consisting of new material, freestyles and tracks from Almost Famous. Lumidee was also featured on several tracks in this era, having moderate success in Europe.

The East Harlem singer is currently locked up in a studio somewhere as she continues to bring to life a forthcoming new studio project, what will be her much-awaited third full-length album and which is the follow up to her sophomore LP Unexpected, released by TVT Records in the United States in April of 2007, it was made available in the UK a few months later in June.