Lulu James is a British electronic and soul singer. James was born in Tanzania, descended from a Maasai tribe. She moved to the United Kingdom when she was six years old and settled in South Shields in north east England. She enrolled on a music development course, where she met her primary producer and co-writer DomZilla. James self-released her debut EP, Rope Mirage, in 2012 and subsequently signed to Black Butter Records, which issued her debut single, “Be Safe” / “Stuck”. James toured the United Kingdom in late 2012 with labelmates Hostage, Kidnap Kid, and Rudimental. By early 2013, she had signed to RCA Records and released the single “Closer”. The single “Sweetest Thing” followed in late 2013, and she toured with Ellie Goulding and Annie Mac Presents. In 2014, she released the single “Beautiful People”, with an EP to follow later in the year. In 2015, James served as a vocalist on house duo Gorgon City’s UK tour. James’s musical inspirations include India.Arie, Beyoncé, James Blake, Mariah Carey, Diplo, Aretha Franklin, Whitney Houston, Michael Jackson, Gil Scott-Heron, Amy Winehouse, and Jamie xx. Wikipedia® 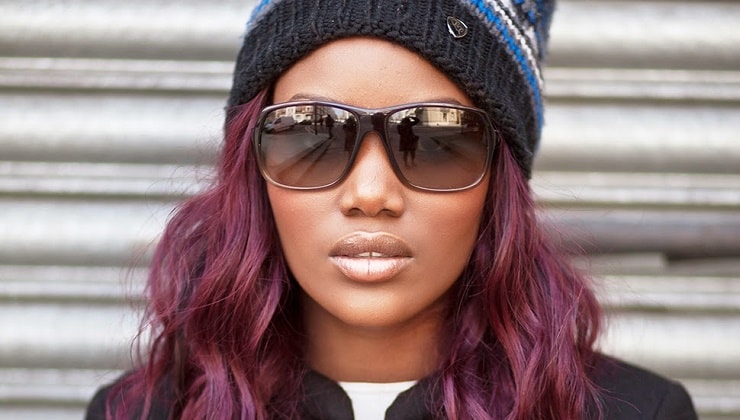 A commanding vocalist with a dark electronic soul sound, Lulu James was born in Tanzania, near Mount Kilimanjaro, and was raised in the North East England town of South Shields. She appeared on “In Your Soul,” a 2010 garage single by Aleks Zen, but it wasn’t until she started to work with producer and fellow songwriter Dom Zilla, her music course tutor, that her voice reached full power.

In 2012, she issued two slinking, entrancing singles: “Rope Mirage” (April, self-released) and “Be Safe” (November, Black Butter), the latter of which was produced by Hostage & Kidnap Kid. The following year, after signing to RCA in the U.K., James issued “Closer,” a sleek dancefloor track as dramatic as the A-sides that preceded it.