Danish crooner Louis Rustum has returned with his shimmering new single ‘Tongue Tied’, set for release via indie label Art People. ‘Tongue Tied’ draws the listener into Rustum’s experimental world of unpredictable R&B and soft electronica. Louis explains: “The most important thing for me right now is to release songs that reflect my personal growth. ‘Tongue Tied’ was written in a period where I had to let go in order to learn more about myself.” Co-produced by Emilk Hesselbaek of Aarhus collective Hukaos – the pair build upon Rustum’s luscious experimental sound, successfully developing a volatile track gleaming in lyrical candor. 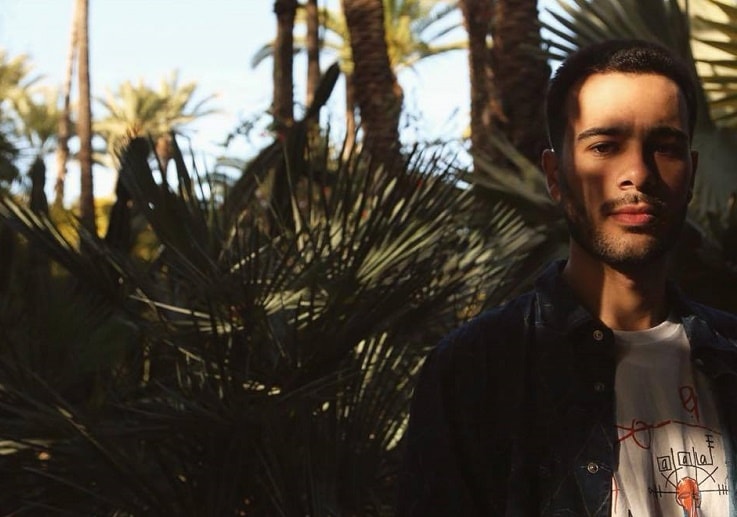 Since the 2014 release of his debut EP ‘Tomorrowtonite’, which captured the attention of major Danish media such as Soundvenue and Red Bull DK – his heavy synth beats and dazzling artistry has started making waves internationally. UK tastemaker Jamz Supernova provided early spins on BBC Radio 1Xtra, whilst online support starting coming from Complex, Wonderland, Earmilk and Highsnobiety. By closing 2017 with a London show at Birthdays, Dalston, Louis then caught the attention of the mainstream media – as Metro likened his seductive styles to that of Miguel and Frank Ocean.

Following the release of ‘Feelings in the Air’ in 2015, which landed him a Noisey premiere and Colors Berlin session, Louis began to work on material for his EP ‘Classified’ in a period of isolation, heavily inspired by his experiences in Brazil and a growing interest in 70s and 80s soul. This period of unfiltered introspection captured Louis’s raw musical talent and saw him emerge in 2017 as one of the most alluring artists on the Danish music scene – with ‘Tongue Tied’ as the first taste of things to come in 2018 there’s little sign to suggest that Louis Rustum’s steady rise is slowing anytime soon.