Growing up, Lisa Danaë spent her grade school years doing what most little girls do, singing her favorite Disney scores and dreaming of a fairytale life. As she grew older some of the faces she had seen and voices she had heard started to appear in places outside of Disney. As she watched Artists like Christina Aguilera, Britney Spears, Justin Timberlake, and more develop into real life Pop Stars, Lisa discovered her passion for music was more than just singing Disney songs and what she was hearing on the radio. Infused with the ideals of her upbringing, Lisa brought her passion to life around the concept, that if you work hard, dream big, and have patience you can do anything. 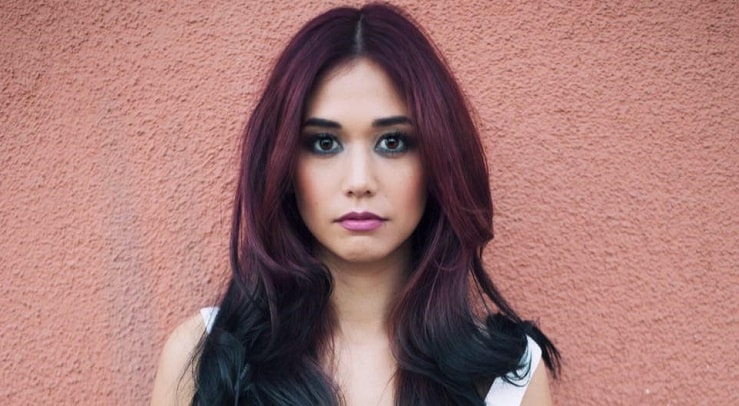 At 15, Lisa had the opportunity to experience her first studio session which solidified her dream to be an artist even more. She discovered being in a creative environment where she could share her emotion just felt like home. This inspired her to learn more about the business of music and after graduating with a degree in Music Business, she recorded her first full-length album, Welcome to my World. Lisa experimented with more of a pop rock style that seemed to be a good look at the time, but wasn’t quite how she envisioned her career. While it was a good experience, Lisa learned that she needed to find a way to embrace how she saw herself, not how others believed she would be successful. This has become a theme not only in her career, but in her life. Lisa has continued to pursue learning about the business and different genres; it has created a deeper drive and passion to succeed as an Artist. She joined the Vans Warped Tour working Merchandise for Attack Attack!, which gave her the opportunity to experience life behind the scenes as a touring Artist at various levels. She was also able to learn the value of networking with fans and deepening those connections. Through this Lisa has developed a love for traveling and meeting her fans, as well as seeing the impact other Artists have with their fanbases. She wants to connect with people not just through her music, but also outside of it.

Upon her return from three months on one of the most tried and true festivals in North America, Lisa decided it was time to pursue recording songs in the genre she truly loves – Pop. She connected with Nico Hartikanen and recorded “My Way” and “Forget”, which she really felt represented the direction she was looking to go in as an Artist. As a result Lisa attracted the interest of the White Party Fashion Show in Pasadena, CA and was asked to perform her song, “My Way”. Lisa needed another song for the performance and turned to the Artists that she has been inspired by, and chose to finish with a cover of Katy Perry’s “Firework”. The feedback was incredible and solidified the momentum and confidence she was looking for to pursue Pop music. In July, 2013, Lisa released a 4-song EP, Runaways, with Tommy Coops from Breathe Carolina. The strong Pop hooks accompanied by her powerful vocals garnered interest from various PR outlets and other industry types that set Lisa on a path to continue to grow as a songwriter and Pop Artist.

Since Runaways, Lisa has worked tirelessly to write new songs and develop her career into that of a promising Pop singer with a message. Lisa writes from the heart and exposes her own vulnerabilities in hope that it will inspire or touch others in a relatable way. Lisa is leaving no topic or genre behind, from Power Pop singles with infectious melodies and strong hooks to haunting ballads, there will be something for everyone in her music. Lisa’s drive helped her in securing a residency in her hometown, Ladera Ranch, CA, while she calls West Hollywood her new home. In conjunction with her residency, Lisa has performed at the Body International in Pasadena, CA. Lisa also had great success with her release of the cover “Christmas (Baby Please Come Home)” via Soundcloud in November of 2014. Lisa has collaborated with R&B Pop Artist/Songwriter/Producer TQ (Big Tymers, LFO) along with Gavin Mackillop (Goo Goo Dolls, MxPx, Hannah Montana Soundtracks) as her mixing engineer for her next EP, Patience, released in Summer 2016. Lisa’s lifelong dream of entertaining and inspiring other dreamers is coming true, and she’s thrilled she can impact others’ lives through her music, like others have done for her.