Lincoln Jesser is no stranger to indie rock music as he spent his years growing up in Coachella Valley, under the shadow of the Coachella Festival. Heavily influenced by artists that performed at the festival, Jesser was inspired by multiple genres, embracing everyone from The Strokes to Daft Punk. His newest single “Something Right” takes the best of the sunshine and pop movement, adds an infectious chorus and calls it a day. Los Angeles’ electro-pop outfit Lincoln Jesser is a front-runner in this new wave of burgeoning young solo acts: He’s in good company alongside The Chain Gang of 1974 and The Kite String Tangle, but with his latest single, he has further separated himself from the pack. “Something Right” is an unbridled slice of indie-pop that puts Jesser‘s electrifying formulae front-and-centre. The boisterous production is an amalgamation of slapping beats, buzzing synths and gauzy vocals; there’s no tricks or twists, just one insatiably catchy sound and style. 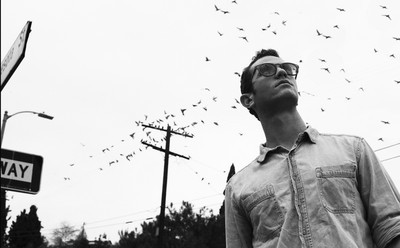