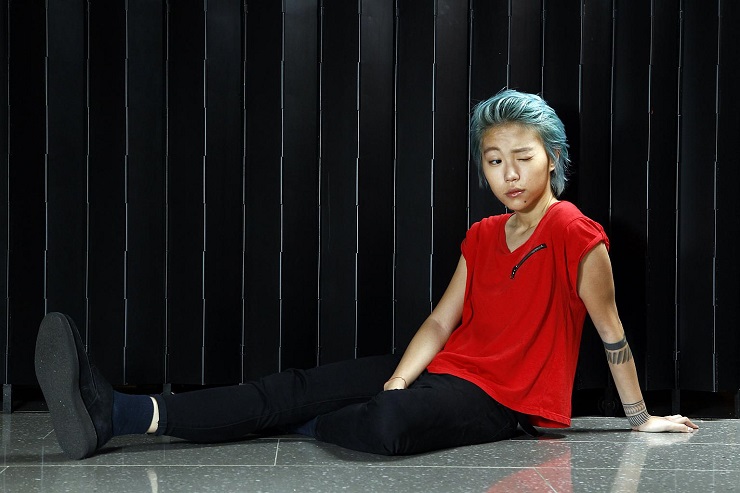 Pop diva Faye Wong’s daughter Leah Dou has recently released a new song,” (It’s not a crime) It’s just what we do”, which is the theme song for a coming-of-age film Soulmate.

A music video about Leah Dou’s performance, which was co-produced by Hong Kong filmmaker Peter Chan and Soulmate’s director Vernie YEUNG, has also been unveiled.

In this music video, filmed entirely in black-and-white, Leah Dou meets both Ansheng and July, two young girls who are portrayed by Chinese actress Zhou Dongyu and Ma Sichuan respectively.

Leah Dou said that she’s created the theme song after she watched the film and got to understand Ansheng and July’s sisters’ affection. It is also the singer’s first experience lending her voice to a movie since she began her career as a singer in 2012.

The movie Soulmate, also known as ‘July and Ansheng’ in Chinese is an adaptation from online novelist Anne Baby’s work of the same name.

It tells the story of two girls who have been friends since they were thirteen years old. But, the two happen to fall in love with the same guy called Jia Ming, and are forced to choose between eternal friendship and love.