Canadian Singer/Songwriter Laura Roy releases debut self-titled EP. Laura Roy is a singer/songwriter based in Halifax, Nova Scotia. A captivating songwriter, vocalist and college music graduate, Laura has shared the stage with the likes of Canadian RnB sensation Jully Black, JRDN, Ludacris, Rakim and Freddy Gibbs. Voted “Best R&B Artist” by the Coast Magazine, she is known for her powerhouse pop-RnB vocals. Laura is also a four-year attendee of the prestigious Gordie Sampson Songcamp, put on by the Grammy-winning writer in Nova Scotia every summer, and was invited to participate in songwriting camps via The Songwriter’s Association of Canada in Montreal and Toronto in 2015. 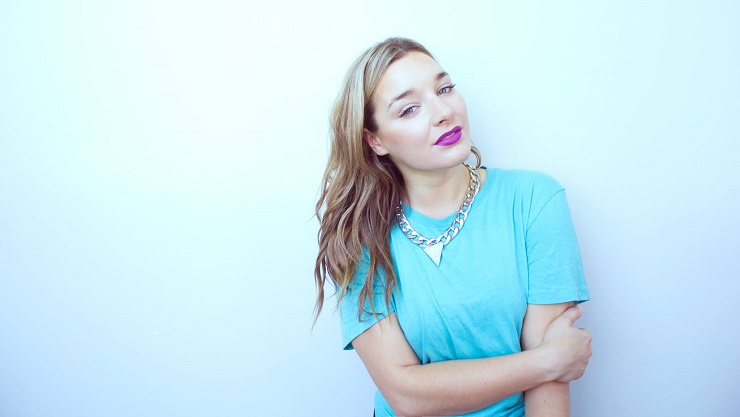 During these camps, Laura had the opportunity to write and connect with producers and writers like Rob Wells (Justin Bieber, Ariana Grande), Alex Greggs (N’Sync, Lady Gaga, Mad Decent), Caitlyn Smith (Meghan Trainor, John Legend, Rascal Flatts, Lady Antebellum and Garth Brooks, Cassadee Pope), and Gordie Sampson himself (Keith Urban, Carrie Underwood, Faith Hill). Needless to say, Laura has come a long way since selling her first EP out of her backpack at the age of 16 on school lunch breaks. The project contains 6 songs infused with synth-pop, 90’s r&b vibes with soulful melodies and catchy hooks, she adds “I’ve been working on the EP for the last year and a half. I’ve tried to make sure the music represents my experiences in a way that feels true to who I am as an artist right now”. Written and recorded in Toronto and New York City with producers Adam King, Joel Stouffer (Dragonette) and Ari Leff (Epique), Laura Roy’s debut EP is now
available on iTunes, Spotify and Apple Music.