Lara Croft and the Temple of Osiris Trainer. Lara Croft and the Temple of Osiris is the sequel to the Lara Croft and the Guardian of Light, one of the best-selling digital titles of all time. It features a single-player campaign as well as online and offline co-op with dynamically generated levels for 2, 3, or 4 players at a time. This adventure takes Lara to the Egyptian desert, where the ruins of an ancient temple dedicated to the evil god Set has recently been discovered. Lara hopes to locate the legendary Staff of Osiris hidden within. She arrives on the site only to find that rival archaeologist Carter Bell has beaten her to the temple, taken the staff, and unwittingly released two trapped gods: Horus and Isis. The four must then join forces to resurrect Osiris, god of death and the afterlife, the only deity powerful enough to defeat Set and prevent him from raising an army of the dead and enslaving mankind. 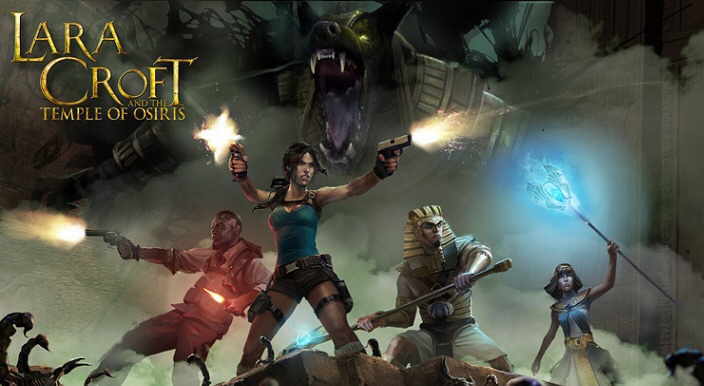 Play solo or with friends in the first ever 4-player co-op multiplayer experience featuring Lara Croft. Players control Lara, Carter, Isis, and Horus in online, offline, or mixed local/online co-op play. In order to succeed, they must work together to explore the temple, defeat hordes of enemies from the Egyptian underworld, solve devious puzzles, and avoid deadly traps, while competing for treasure, powerful weapons and artifacts, and ultimate bragging rights. Fans of the Crystal Dynamics games from Legend through Guardian of Light will be excited to hear Keeley Hawes reprising her role as Lara in this game.

Lara Croft and the Temple of Osiris Walkthrough