British Nigerian Singer songwriter Lánre is ready to start writing new music but before that she has released an official music video for ‘Dreams’, the brand new single from her Human EP. The video directed by Alexandra MacEwan features contemporary artist Rebecca Sangster. The visual centers around the constant push and pull, mostly internal that comes with living one’s dreams. Lánre dreams hopes that this will encourage the dreamer in each and everyone to go for what’s theirs’ and to respond to the soul’s call to live one’s dreams. 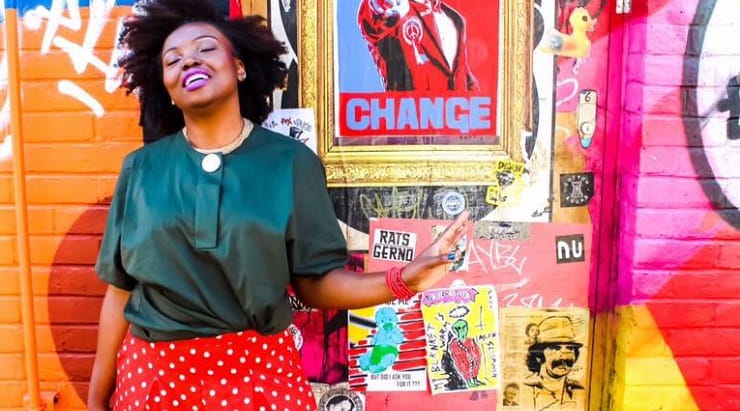 In the last few months since the release of her Human EP she has been commissioned to write two songs for COAT a sold out stage play at the Roundhouse by Yomi Sode and a song for the 80th Anniversary celebration of Cable Street. She was also one of the 14 artists selected by Brighter Sound for a 4-Day Residency Artist Director’s Series led by the Mercury Award Nominee Eska and Cardboard Citizens’ Artistic Director Adrian Jackson.

Lánre as well as touring Canada, France, NYC and Sweden has taken her unique sound of Acoustic Soul, Folk and captivating storytelling
influenced by her Yoruba heritage, to the Royal Albert Hall, Greenbelt Festival, Edinburgh Fringe, Bath Music Festival, Folkstock Festival, Musicport Festival and the Brighton Fringe among others. She’s currently working on a new album that will be released in 2018.

Lánre: Dreams Lyrics:
In Yorùbá, Orí translates to mean head. The spiritual significance of the word intrigues me. Orí is human consciousness. It is our direct connection to Olódùmarè, the supreme force the divine… God (if you like) The yorùbá concept of Orí is closely related to destiny or fate. i.e. each and every person…who is born on earth went through the process of choosing their Orí before journeying from heaven to earth. It’s a controversial concept that I find interesting & I liked exploring that thought alongside the idea of dreams & aspiration