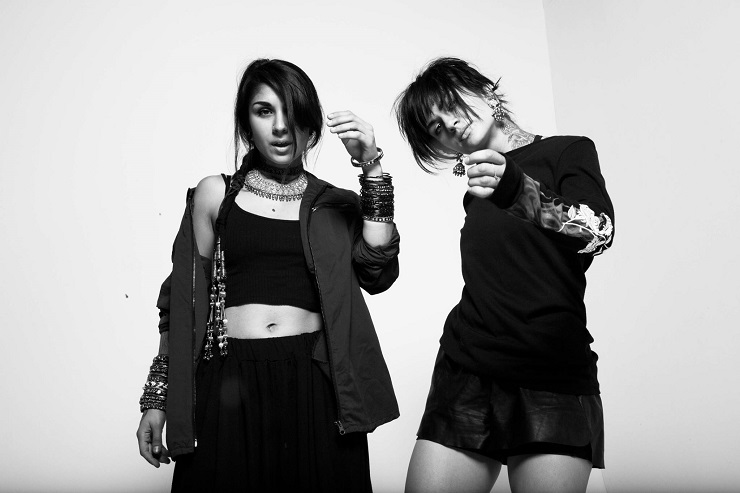 I have a feeling you’ve already taken that massive new Krewella single for many a spin since it first arose earlier this month, but just in case you haven’t, strap yourselves in for an inferno of sassy pop meets vivacious dancehall/trap on Team. The fiery duo have dropped of the most fierce dance tracks of the year just as we’re wrapping up 2016. The banger of a jam comes with a zestful video you can view below.

Hailing from Chicago, the electronic sister duo Krewella are active vocal inspirations through their music and editorials. Jahan and Yasmine Yousaf have grown into symbols of female empowerment – personified work ethic that transcended social and gender stigmas to ultimately achieve their dream.

With heavy rock and dance influences, the girls first burst onto the scene with their Play Hard EP in 2011. Quickly amassing almost half a billion plays, they were pioneers in a male-dominated music industry, and were one of the few female dance groups to secure major club residencies and festival appearances. Their rebellious fashion and attitude inspired their millions of fans to embrace themselves, and they formed an obsessed collective affectionately self-dubbed as the #KREW.

With the platinum hit ‘Alive’ under their belt, their evolution into a live rock / dance hybrid act continues into 2016 as they prepare to release their second album. With the rare ability to play both acoustic live sets and raucous Las Vegas club residencies, Krewella continues to grow into one of the most unique music performances in the world.