2013 was another stellar year for Kraak & Smaak with The Future Is Yours – the debut single from their new album Chrome Waves hitting the # 1 spot in the DMC Buzz Chart and the German DCC Chart as well as being crowned Tune of the Month in Mixmag and being supported by tastemakers from London To Los Angeles and back to Amsterdam. Good For the City – their follow up single with Sam Duckworth of Get Cape Wear Cape Fly fame repeated the good vibes with that tune also getting a Mixmag tune of The Month and also hitting # 1 in the German Club Charts leading to Kraak & Smaak being the most charted international artist in Germany in 2013 ahead of big budget rivals like Disclosure and Depeche Mode. It wasn’t just their original productions making waves though. 2013 saw a series of killer remixes with their Kinetic remix for Golden Girls making Mixmag’s Tunes of 2013. Kraak & Smaak have been on a continuous upward curve since they first broke out of Leiden with their debut album Boogie Angst and have never looked back since, playing massive live band shows at the cream of the worlds festivals from Glastonbury to Detroit Movement, EXIT to Bestival and DJ’ing at the world’s best clubs.

They followed up their debut with the album Plastic People which gave them one of their biggest hits Squeeze Me before they released their third studio album Electric Hustle and the effects of that release are still rippling right now. Dynamite from that album was a # 1 radio record in the US, Let’s Go Back was in Mixmag and DJ Mag’s singles of the year and was one of the longest serving releases in the Beatport Deep House chart. Their new album Chrome Waves once again topped US radio charts in Jan 2014 and got massive support by tastemaker blogs like Earmilk, Dancing Astronaut and MTV Iggy, to name but a few. Influential LA station KCRW once again showed their approval by awarding Kraak & Smaak’s single Love Inflation featuring dutch star Janne Schra on vocals their coveted “Today’s Top Tune” slot. The band have 3 single releases from the album planned for 2014 and with the strength of the collaborators on Chrome Waves the difficulty is narrowing down the field to just three as the album contains collaborations with Ben Westbeech, Joi Cardwell, Capitol A, Stee Downes, John Turrell, Retro Stefson and Janne Schra as well as Sam Duckworth and talented dutch jazz soul singer Berenice van Leer who takes the lead role in the Kraak & Smaak live band. Kraak & Smaak will be touring Chrome waves throughout 2014 so look out for summer dates to be announced soon. 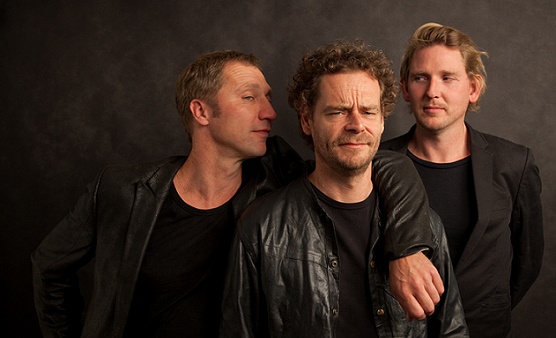