Skip to content
Home » Music » Koria Kitten Riot: The Earth Will Spin Around

Helsinki-based indie rock band Koria Kitten Riot return to the fold with their new album ‘Songs of Hope and Science’ set for release on 27th January via VILD Recordings. Spearheading the record is their hook-laden single ‘The Earth Will Spin Around’. Influenced by Elliott Smith, Neutral Milk Hotel, and Wilco, the five-piece made up of Antti Reikko, Lasse Toimi, Teemu Vanska, Olli Rahkonen and Eino Anttila, bring us an album infused with a combination of americana, indie rock and psychedelia. Thematically the project intertwines hope and science, ideas brought on by a tumultuous 2016 – both personally for the band members and worldwide. 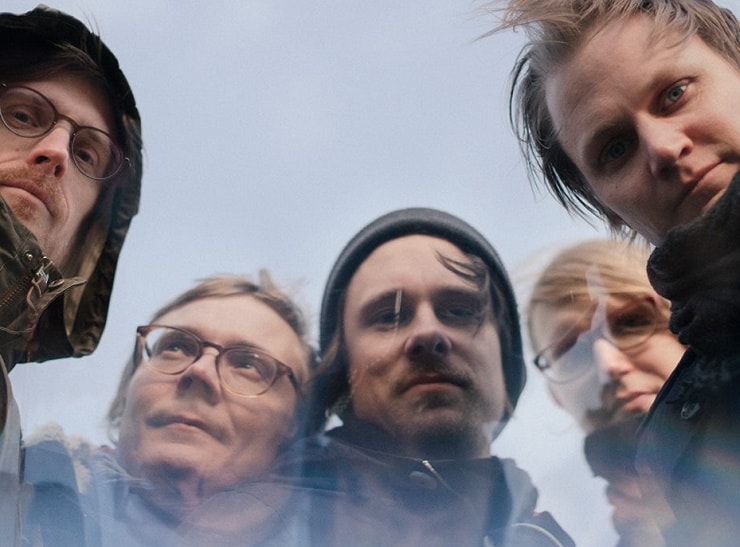 During the release of their first two albums which saw support in the UK from The Guardian, the moniker was mainly a solo output for the singer-songwriter Antti Reikko, who now speaking on their third album explains “I wanted to make music that would give hope, as hope was what I longed for myself. I am not religious. Instead, I read a couple of books on string theory and watched documentary films on quantum physics and space. I found our lack of knowledge about the universe comforting. Science became another key theme for the album, alongside hope.”

Koria Kitten Riot: The Earth Will Spin Around

Lead single ‘The Earth Will Spin Around’ was the first track created for the new album. With its catchy hooks and anthemic blending of piano and guitar, the single was born after Reikko felt himself deeply betrayed in his life. In order to deal with his personal issues he found it helpful to look outward and see them in a broader global context – the Sun’s still shining and the planet Earth keeps on revolving. Musically the song represents the many elements within, with its “shitload of chords” and how they merge perfectly with three-part harmonies and the messed up sounds of the mellotron, producing a brilliantly lighthearted anthem.

Koria Kitten Riot: The Earth Will Spin Around (live in studio)

‘The Laughing Man’, released earlier in 2016, continues this lighthearted tone with its smooth harmonies and upbeat rhythm track. ‘Hold on Tight’ and ‘Hanging On a Dream’ slow things down with an americana inflected melody and projects the bands’ more melancholy side. The latter describes romantic imagery with a dreamlike rolling guitar sound, working towards the closing song ‘Forever’s Going to be a Long, Long Time’ a fitting ending that returns to the bands’ trademark three-part harmonies and strong guitar hooks. The album was produced by the band themselves across Germany and Finland – part at the Radio Buellebrueck Studios in Berlin and part in a rural log cabin. Speaking on the production Reikko explains “I take pride in many things, practically at every step of the way of production. I personally most often find myself reminiscing over our vocal sessions…Singing together took a massive amount of effort and concentration, but very much seemed to give the album a special finishing touch.”

Koria Kitten Riot: The Earth Will Spin Around Lyrics: