Knife Party is an Australian electro house duo founded by two members of the drum and bass band Pendulum, Rob Swire and Gareth McGrillen. Their third EP Haunted House, was released on 6 May 2013 digitally through EarStorm and Big Beat. A last minute change was made to the EP and where “Baghdad” was replaced with “Internet Friends” (VIP). Rob also announced the approximate release date for the new EP in a tweet, the week of 22 April, with iTunes on 29 April. However, Rob later announced the final release date will be 6 May due to issues beyond his control. The EP was leaked on 29 April, and later uploaded in its entirety on Knife Party’s YouTube channel on 5 May as well as a trailer video for the EP. The EP entered into the iTunes Top 10 Albums Chart and peaked at 3rd place. It also hit number 1 Electro House Album on Beatport. Wikipedia®.

Knife Party release their music video for the hit track off of their recently released Haunted House EP – “LRAD.” To say the least, it’s pretty on par with what you’d normally expect from Knife Party 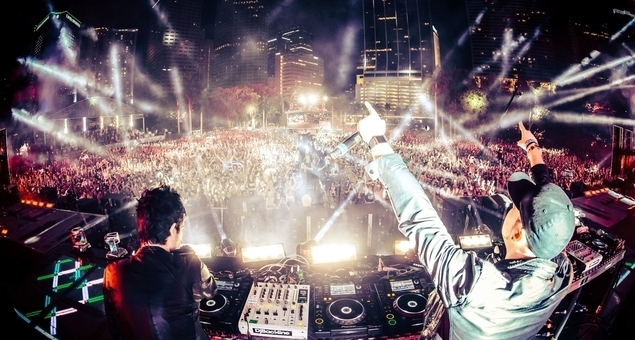