Kindred the Family Soul, also referred to as Kindred, are an American neo soul duo consisting of married couple of Fatin Dantzler and Aja Graydon. Signed to Hidden Beach Recordings, Kindred emerged from the Philadelphia neo soul movement that also includes Jill Scott, who discovered them while the couple was performing at the Black Lily Film & Music Festival. After two years of work on the CD, Hidden Beach issued their debut album Surrender to Love in February 2003, which included the single “Far Away”. Their follow-up album was 2005’s In This Life Together—its title being a reference to Ossie Davis and Ruby Dee’s 1998 book With Ossie & Ruby: In This Life Together—, spawning the single “Where Would I Be (The Question)”. The duo were nominated for a Soul Train Music Award for Best R&B/Soul Album, Group Band or Duo for Surrender to Love in 2004[2] and a BET Award for the BET J Cool Like That Award in 2006. The group’s third LP, The Arrival, was released on October 21, 2008. Wikipedia®. 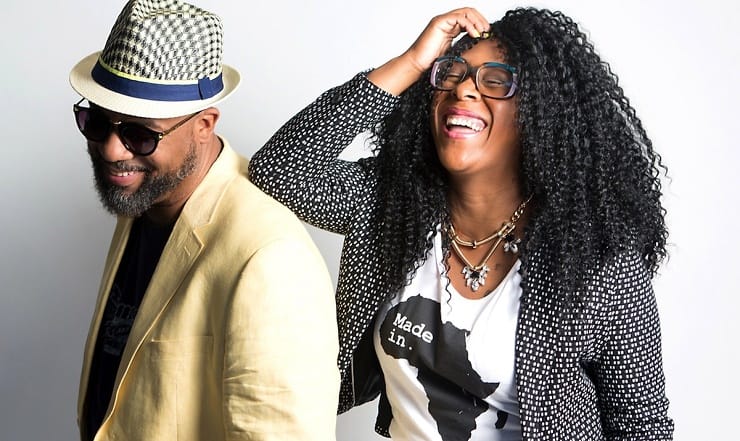 “All My People” featuring Freeway is the first single from Kindred The Family Soul’s sixth studio album, Legacy. Kindred’s wish to see everyone improve their circumstances is played out in the video where you see them offering support to young members of the community. Legacy will be released independently on August 5th.

Kindred the Family Soul: All My People (Feat) Freeway

Dantzler and Graydon began as solo performers. Dantzler was born in Philadelphia and got his start in the music business writing songs for Pebbles and Bell Biv DeVoe. Graydon, from Washington, D.C., had a solo deal at the age of 15. The two united and began writing songs, but then married and started a family, which necessitated the steady income of work outside the music business. After a time as an appliance salesman, however, Dantzler went back to trying to make it on the local scene. He and Graydon began performing at the Black Lily club, where they caught the attention of Jill Scott, who took them to her label, Hidden Beach Recordings.

Kindred the Family Soul: All My People (Feat) Freeway Lyrics: