Singer, songwriter, and acoustic guitarist Kerry Thomas (known as “KT” by fans) has built a strong and dedicated following among those who have experienced his music. A captivating performer, Kerry’s sound is a diverse mix of pop, R&B, and neo-soul. A self-taught guitarist, Kerry’s desire to play was sparked from observing the guitar skills of John Mayer. Kerry also cites Stevie Wonder, Luther Vandross, Eric Roberson and John Legend as the powerhouse that has influenced his musical style. Kerry was born in Baton Rogue, LA, and currently resides in Jackson, MS. He was voted as the Jackson Free Press Best R&B Artist in 2012 and 2013. Kerry plays regularly at Suite 106, a premier urban lounge in Jackson, MS, as well as a host of other venues within the state. He has also traveled to play at venues in Dallas, TX, Houston, TX, Atlanta, GA, Chicago, IL and New Orleans, LA. In 2011, Kerry appeared in concert during the Essence Music Festival at the House of Blues in New Orleans, LA, with rapper PyInfamous, winner of the Coors Light’s “Search for the Coldest MC” contest. Recording artists PAC DIV and N.E.R.D. were also a part of the lineup. Kerry also was invited to open for Grammy award winning singer/songwriter Kandi Burruss at the NAACP Johndelle Johnson Freedom Fund Dinner in Atlanta, GA. Although Kerry’s live shows include his rendition of various cover tunes, he is best known for his original music. Gaining inspiration from personal past experiences, as well as those of his friends and family, Kerry’s desire is for his music to be relatable and takes the view that “music is more than sound, it’s a reflection of its creator” His debut EP entitled “Eye of the Storm” debuted at #1 in the Amazon Soul Category during its release week and is available now on iTunes and Amazon. 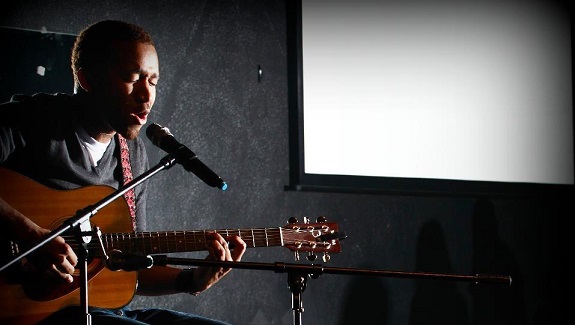