R&B singer Ketara “Keke” Wyatt was born in Indianapolis, Indiana, where she grew up listening to a variety of R&B and gospel and came from a very musical family. Both of her parents sang in church; her mother was a vocalist, her father an organist. Wyatt’s parents had her singing in church as a child but did not discourage her from pursuing a career in secular music. In fact, they exposed her to a lot of secular R&B at home. When Wyatt was in her early teens, she sang in various female groups — one of which was a very early version of Destiny’s Child. It was also during Wyatt’s adolescent years that she met her mentor, Steve “Stone” Huff, who is known for his work with the Isley Brothers, Joe, Avant, and other major R&B artists. Huff produced some demos for Wyatt and went about trying to get her a record deal; in 2000, she signed with MCA. That year, Huff brought Avant and Wyatt together for a remake of René & Angela’s 1983 ballad “My First Love,” which was included on Avant’s platinum My Thoughts. In 2001, Huff produced Wyatt’s Soul Sista and did much of the writing; the only track he didn’t write or co-write was Wyatt’s cover of Patti LaBelle’s “If Only You Knew.” The album was released in November 2001 and sold over 500,000 copies in the U.S., which granted it gold status. 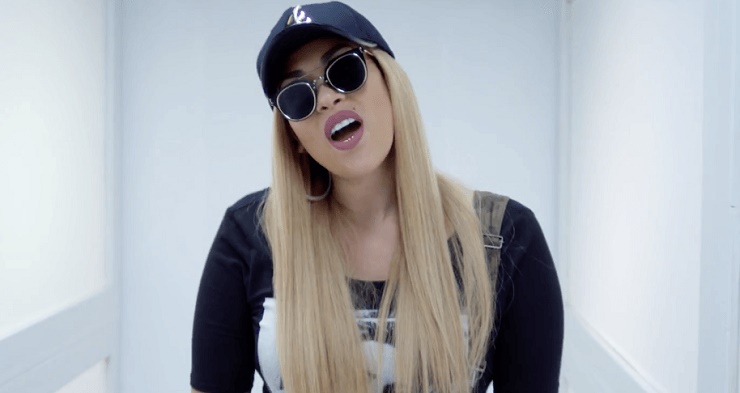 Despite her early success, Wyatt went on to encounter a series of obstacles. She signed to Cash Money, where she was set to release her second album, Emotional Rollercoaster. However, its lead single failed to gain significant traction, and the album was subsequently shelved. A later deal with TVT yielded a similar result; she recorded yet another album, Ghetto Rose, but the label went under before it was released. After signing with Shanachie, she was finally able to release her second and third full-lengths: 2010’s Who Knew? (with productions from Troy Oliver, Tank, and the Underdogs) and 2011’s Unbelievable! (featuring Ruben Studdard on a remake of Cherrelle and Alexander O’Neal’s “Saturday Love”). In 2012, Wyatt co-starred on TV One’s reality series R&B Divas and appeared on Faith Evans’ album of the same title. She signed to Aratek and debuted on the independent label in 2014 with an EP, Ke’ Ke. Another Evans collaboration, along with covers of contemporary hits by Beyoncé, Rihanna, and Jeremih, preceded 2016’s Rated Love. ~ Alex Henderson, Rovi