Mutli-faceted actress and singer/songwriter Katlynn Simone Smith is quickly becoming “one to watch” in the entertainment industry, in 2014. This spring she will return to television on the 7th season of BET’s hit series “The Game.” Katlynn Simone co-stars as Brittany Pitts, Jason Pitts’ (Coby Bell) rebellious, troublemaking and smart-mouthed daughter on the long running comedy about the lives of professional athletes and the relationships surrounding their careers. On the music front, in February 2014 Katlynn Simone will release the music video for her single “Beautiful Lie,” which will showcase her powerful vocals and musical range. 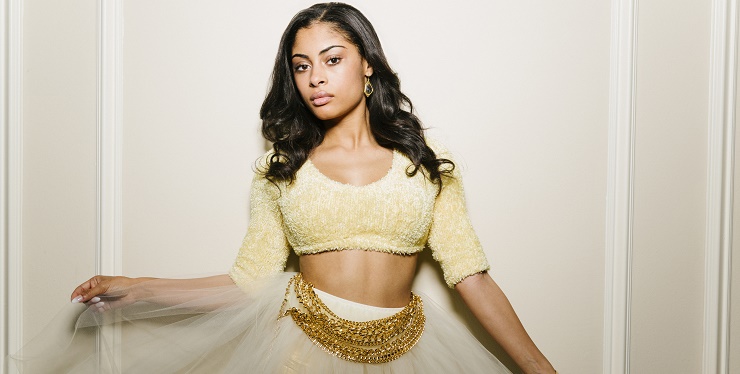 Born and raised in Houston, Texas, Katlynn Simone always had a love for the arts. Music was one of her passions, and she would beg for vocal lessons every birthday and Christmas. Her parents had her start working with a small vocal studio and later enrolled her in Houston’s prestigious Ensemble Theater, where she eventually performed in sold out productions nightly. She was then accepted in to Houston’s High School for the Performing and Visual Arts where she studied musical theater and discovered her love of acting. While in high school, her father saw an ad for a casting audition for a teen character on “The Game,” and immediately booked flights for whirlwind trip to Los Angeles. Mr. Smith had a gut feeling that his daughter was meant for the role and Mrs. Smith thought he was out of his mind. The family waited for months with no word from the producers until finally they received the call that Katlynn Simone had booked the role and would be traveling to Atlanta to play ‘Brittany Pitts’ aka ‘Brit Brat’, the unruly daughter of main character, Jason Pitts and his ex-wife Kelly Pitts.

During Season 6, Katlynn Simone’s music was featured on an episode of “The Game” and fans reached out on the web to find out where they could hear the song and who the artist was. The amazing reaction from viewers confirmed that the song “Beautiful Lie” needed to be heard, so Katlynn Simone, along with her management 3Sixty Music Group, immediately went to work on a music video [to premiere in February 2014]. In the meantime, she continues to work with some of the music industry’s biggest names such as Grammy nominated producers and songwriters: Roahn “First Born” Hylton, Cedric “Dabenchwarma” Smith, Michaela Shiloh, and Young Yonny. Katlynn Simone recently relocated to Los Angeles but still visits her family in Houston often. When not filming or in the studio, she can be found pursuing her college studies in areas of Theater and Political Science.