“Nine Million Bicycles” is a song written and produced by Mike Batt for the singer Katie Melua’s second album, Piece by Piece. It was released as the album’s first single in September 2005 (see 2005 in music) and reached number five on the UK Singles Chart, becoming Melua’s first top five hit as a solo artist. It was a finalist for The Record of the Year prize, losing to “You Raise Me Up” by Westlife.

Katie Melua, born 16 September 1984) is a Georgian-born British singer, songwriter and musician. She moved to Northern Ireland at the age of eight and then to England at fourteen. Melua is signed to the small Dramatico record label, under the management of composer Mike Batt, and made her musical debut in 2003. In 2006, she was the United Kingdom’s best-selling female artist and Europe’s highest selling European female artist.
In November 2003, at the age of nineteen, Melua released her first album, Call off the Search, which reached the top of the United Kingdom album charts and sold 1.8 million copies in its first five months of release. Her second album, Piece by Piece, was released in September 2005 and to date has gone platinum four times. Melua released her third studio album Pictures in October 2007.
According to the Sunday Times Rich List 2008, Melua has a fortune of £18 million, making her the seventh richest British musician under thirty. It was reported in 2009 that she may have lost millions as a result of the global economic downturn. As of May 2011, Melua could have a £12m fortune and she came second in the under 30 rich list. Wikipedia® 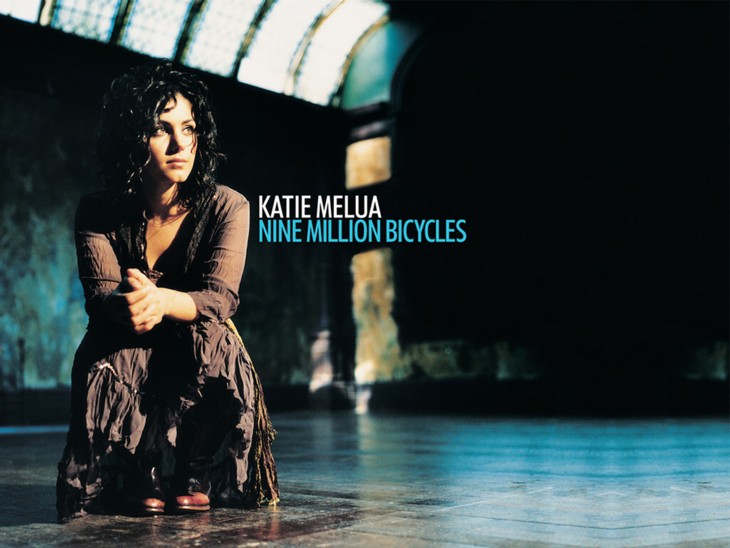 And there are nine million bicycles in Beijing
And you know that I will love you till I die!