Indie-Folk Singer/Songwriter Katie Buxton releases heartfelt new single ‘You Flew’. Katie Buxton is an indie folk singer/songwriter originally from Philadelphia, Pennsylvania and based out of Nashville, Tennessee. At age twelve, Katie picked up the guitar and wrote her first song, and since then has had experience with bands and songwriting in multiple genres. In 2012, she was chosen as a finalist in the Sing for the Trees Songwriting Contest with her song “The World Moves By”. In the summer of 2013, Katie attended the Berklee Five Week Performance Program where she was a finalist in the Songwriting Showcase and received mentorship from Melissa Ferrick and Sally Taylor, daughter of James Taylor. 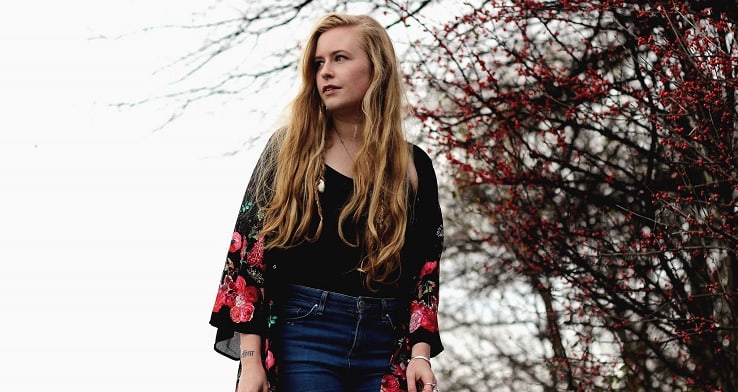 After moving to Nashville to attend Belmont University as a songwriting major, Katie was invited to join Bear House Writers Management and was one of eight to play in the ASCAP Writers Showcase in the fall of 2015. Adding to her songwriting accomplishments, she was later chosen as a finalist in the 2016 American Songwriting Awards with her song “Painted Hearts”. Katie’s debut EP “From Songbirds” was released in March of 2016. Her new single “You Flew” was recorded and mixed by Sal Oliveri and mastered by Luke Gilfeather.

As for the meaning of the song, Katie explains “The song is about caring deeply for someone who is not ready to love or be loved and runs out of fear, and focuses especially on the process of learning to let go”. “You Flew” is now available on Soundcloud, Itunes and all streaming services.