Kasper Bjørke is undoubtedly one of the most renowned and versatile Danish producers on the international electronic music scene. His 4th solo album After Forever will be released on Septembe 22nd 2014. The first single Rush (feat. Tobias Buch) was released 14th April – and the second single Sylvia (feat. CTM) was released on 23rd June. Since 1999 Kasper has released on respected labels like Eskimo, Compost Black Label, Plant Music, etc. and his latest two applauded albums Standing on top of Utopia (2010) and Fool (2012) was put on the circuit via German hfn music. Hfn music also released the expansive remix compilation Remix Crusades (2007 – 2013), showcasing Kaspers broad spectrum as a remixer: from established underground artists like Wareika and Rebolledo to international pop acts like Moby. When it comes to DJing, Kasper has performed at countless gigs all over the planet such as: Panorama Bar and Watergate in Berlin, Rex and Social Club in Paris, D Edge in Sao Paolo, Fabric in London, Cielo, Le Bain and Output in New York, Electric Pickle in Miami – to renowned international festivals like Iceland Airwaves, Sonar Reykjavik, Calvi on the Rocks, Montreux Jazz Festival and Roskilde Festival. Joining forces with bass player / singer Sexy Lazer of Human Woman fame as The Mansisters, they released the debut “E.P. Phone Home (EP)” on Canadian My Favorite Robot Records in 2012. Also collaborating in clubs as back to back DJ team, The Mansisters now have their release “Bullschnitzel EP” out via Jennifer Cardini’s label Correspondant Records.

The new single features vocals by talented newcomer CTM and they perfectly fit to the grooving sound of the single. The video comes with a reduced performance by Berlin based dancer and choreographer Kiani del Valle.

Kasper Bjørke – Sylvia feat. CTM Lyric:
Nothing we should give up
smiley faces for you to be reminded of
smiley faces for you to be better off
I am fed up, about to burst
it is the world that no one knows
drag the flag
would we fight these streets?
faces you can’t picture, like the ones left up on the shelf
impossible to picture, like the faces of my children
Sylvia the world will never know
thats why I need it so bad
I found a still life in the heart of the dark
the suns and the stars
just how I pictured it
chain of heart
thats how I want u
this time I want you to follow. 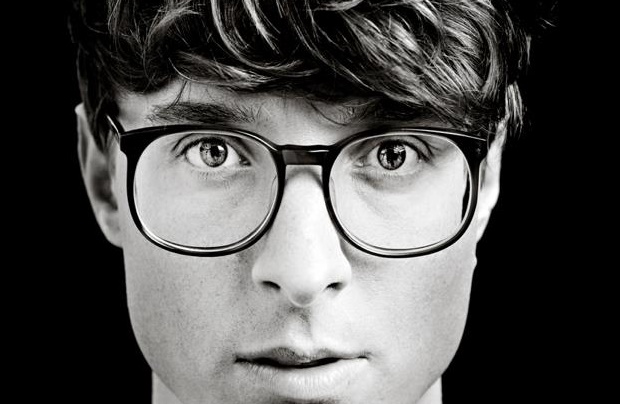