Kan Wakan is Gueorgui Linev, the producer, film composer, songwriter, and multi-instrumentalist whose music dissolves the genre-breaking electronica of Massive Attack, Air, Bonobo and Zero 7 into a bottomless sea of 20th century minimalism, psychedelic soul and ambient atmosphere. It’s been two years since the release of the highly acclaimed “Moving On”, which was followed by extensive touring and performances with the likes of Arctic Monkeys, Royal Blood and Lianne La Havas. Kan Wakan then spent the following 2 years immersed in studio work, producing other projects, scoring for film and television and in the wee hours of the night, tirelessly shaping his follow up album which is to become his most adventurous and challenging creative work to date. 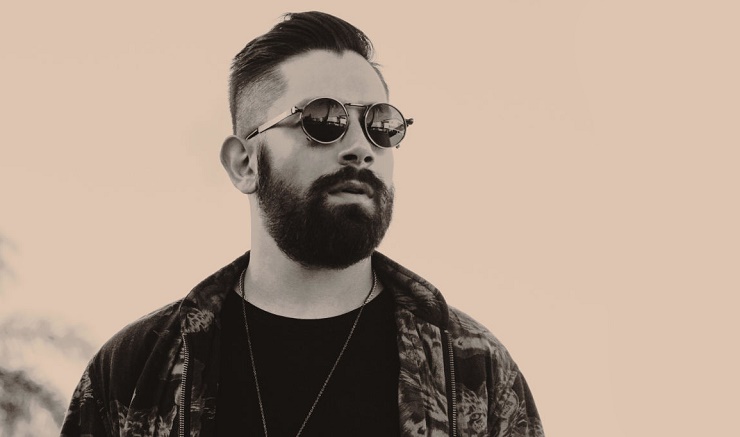 Fall of 2016 saw the release of 2 new singles from the forthcoming album with“Molasses” and “I Would” both garnering positive reviews, charting in the top 5 of Hype Machine and receiving significant radio support from BBC Radio 1, 2, 6 in the UK. In the US, debut single “Molasses” charted in the Top 100 CMJ on college radio, was named in LA’s KCRW as“Top Tune Of The Day” and has been licensed in Oprah’s “Queen Sugar”season 1 finale. 2017 will mark a new chapter for the LA-based Bulgarian-born musician who was recently named in the LA Weekly as “one of the top 10 young songwriters in Los Angeles”.

Having produced and worked with the likes of Moses Sumney, Thundercat, Tosin Abasi, and scored his critically acclaimed debut feature film “Dead Draw”, it was time to incorporate a few collaborations of his own. With triple LP ‘Phantasmagoria’ soon on the way, Kan Wakan’s upcoming work incorporates guest vocalists and collaborations into an immersive melding of organic and electronic production mixed in with the orchestral flourishes of the Sofia Philharmonic orchestra.