To be K-OS in 2015 is to find the happy medium between hip-hop’s penchant for rapid-fire releases and perpetual stylistic mutation with the more measured approach and timeless aspirations of rock ‘n’ roll artists—all while engineering his music for a post-EDM pop landscape that has not only changed listeners’ tastes, but their very physiology. Current single “Turn Me Loose” is a testament to this, blurring the lines of genre specific stylizations, instead exuding an unabashed confidence that has become such a staple aspect of his sound. Couple this with the new-age banger, “Steel Sharpens Steel” and the physiological shift in his musical progression is clear for all to see. 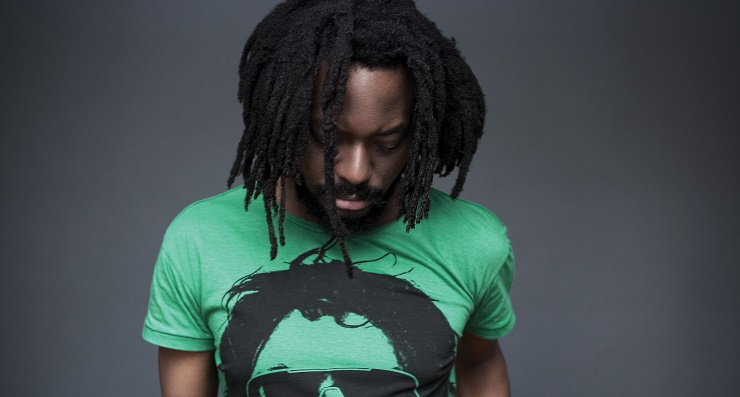 K-OS’s insightful approach to music making has proven he is an artist with boundless limits, and certainly not one that appeases to fluctuating mainstream trends, in which his 2005 Grammy Nomination can attest. Over the span of his career, k-os has gone twice platinum, toured with Drake, recorded with The Chemical Brothers and won multiple JUNO awards, plus is double-digits deep with other prestigious nominations. But that is nothing to how he has evolved with each new release.

Crucify is taken from the forthcoming LP, Can’t Fly Without Gravity, out on August 28 via Dine Alone Records

“This new single, which is raw, could only be this way because I feel new. And to feel new, you have to go away from something. Can’t Fly Without Gravity is the sound of somebody who’s having fun, and more secure in finding his place in the pop world, because I was so away from it for a bit. We all need to forget something that we like so that we can like it again.” Or, as k-os rapped 10 years ago: “The man I used to be, I can only see by looking beyond me.”

K-OS – Crucify Lyrics:
See this here, this is Crucial, yeah

Coming back we fly away
Jaja coming so I live to see another day
All I think about if I were just to run away
Would I come back to love you, girl?

And you,you, you, you, you
You’re the life when the feeling is dark
Not pretending the game is a race
Because you’re born and you’ll die in my heart

I will never let you down
I’ll be right here beside you, hanging around
So if you think you let me down
Leave me here in silence, without a sound