The eclectic, Hip-Hop and soul infused sound of rapper/singer and songwriter Justina Valentine has made the New Jersey entertainer a spotlighted artist via the online digital realm and a mainstay in the music world. The raspy voiced, red headed songstress’ undeniable lyricism has garnered recognition on some of the top online entertainment websites, including MTV2, AOL, XXL, PerezHilton, VladTV, Cheatbook, Thisis50 and more. With a diverse list of musical influences that include, Lil Kim, Tupac, Eminem, The Beatles and most importantly her father, a vocalist and musician, Justina’s original music has received placement on popular television shows including the NBC Steven Spielberg hit Smash, VH1’s Mobwives, MTV’s True Life, Oxygen Network’s Running Russell Simmons, Logo TV’s A-List NY and the CW11. 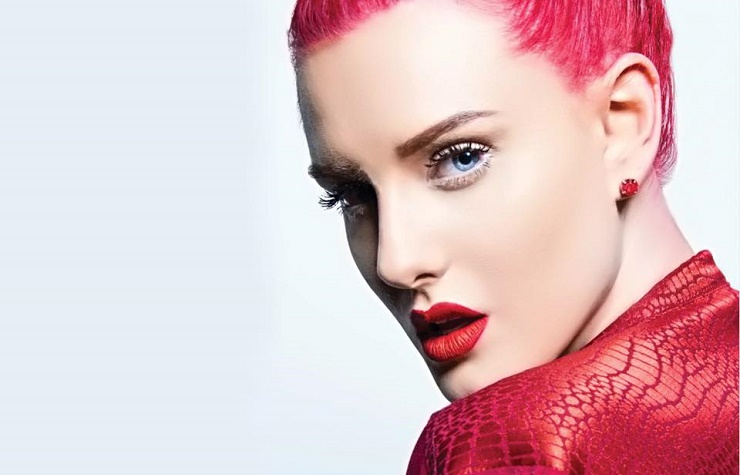 A statuesque talent drawn to the stage and blessed with a natural gift to entertain, Justina began receiving musical accolades following her 2012 performance on the Tilly’s Stage at the VANS Warped Tour. The high energy performer is now highly sought after on the live performance circuit. With a rapidly growing fan base, Justina released her classic EP, Valentine, in 2013. The body of work went on to chart iTunes in the Top 30, debuting at #38 on the iTunes R&B charts.

Justina was given the opportunity to join Mike Stud on The Relief Tour in September 2013, as the opening act in 28 cities. With momentum running high and brand partnerships presenting themselves, Justina made an appearance in an online advertising campaign for the popular timepiece brand, FLUD Watches and has also became heavily involved in the marketing campaign for Conquer Ent., the music division of shop. Justina’s most recent addition to her mixtape discography is Red Velvet, released July 8, 2014. Red Velvet boasts 11 tracks including the hit single, Unbelievable, which features New York rapper Maino and is produced by grammy award winner Infamous. Other producers who lend their talent on the mixtape include Shy Boogs, Ricky Blaze, The Colleagues, Ryan & Smitty and The Heatmakerz.