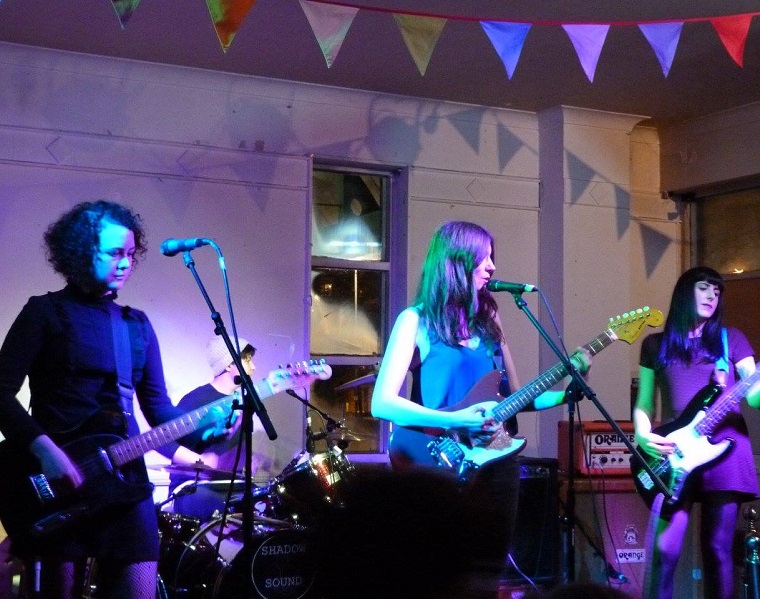 Named after a long-standing agony aunt from a popular Scottish newspaper, The Just Joans formed in Glasgow in 2007.

Over the last ten years they have released a series of EPs on WeePOP! and have built something of a cult following among navel-gazing indie types. Their songs detail the highs and lows (mainly lows) of modern life, with a particular focus on failing relationships and missed opportunities. Musical touchstones for the band include The Magnetic Fields, The Shangri-Las, Smokey Robinson, The Kinks and Orange Juice.

Now, after a recording hiatus of several years, The Joans are back with a brand new single “No Longer Young Enough”, a girl group-esque ode to that realisation when facing a Saturday night of clubbing that you’d much rather stay in, read a good book and feel fresh in the morning. The single also features original artwork by painter and singer with the band, Katie Pope.

A new album, For Those About to Weep, will follow later this year.

“The music I like is Leonard Cohen so I wasn’t sure what I’d make of their music. But I was happily surprised they weren’t so gloomy as some of my correspondents and listening to them would cheer many of those who write to me.” Just Joan, The Daily Record

“it could be what Aidan Moffat might have done to Belle & Sebastian, given half a yard, from the flat Glasgwegian delivery and thick accent to the occasional need for a lyrical double-take. What did they just say?” Song By Toad.