From opening for Kanye West in Singapore to being hand picked to perform for the Queen; from performing on the same bill as Celine Dion at the 2012 Jamaica Jazz Fest to being the main act for Canada Day celebrations in London, England, Jully Black has perfected her explosive live performance that showcases her unique and powerful voice as well as her ability to engage audiences of all ages and backgrounds. Jully consistently and effortlessly exceeds expectation, leaving fans inspired, entertained and awe-struck by her commanding yet endearing presence and the ability to create a personal connection with those who witness her in her most favored element – on stage. She has brought tens of thousands of people to their feet in venues around the world and has received extraordinary reviews from critics and fans alike. A Jully Black performance is without question, an experience like none other. A force to be reckoned with, this Canadian-born, triple threat (singer/songwriter/performer) loves to share her talents and has an enthusiasm for music that is unparalleled. Her charming attitude and charismatic personality has helped propel her career to reach milestones that most artists struggle to achieve in a lifetime – winning multiple Juno awards, penning songs for the likes of Nas and Destiny’s Child as well as performing along side artists such as Elton John, Etta James, Jay-Z, Sean Paul, and Alicia Keys to name a few. There is no question as to how she has achieved the status of “Canada’s Queen of R&B”, a title given to her by her fans and peers. Her fourth highly anticipated album, entitled “Made In Canada” has been described as “The New Motown Sound”. Traditionally, Jully is from the school of R&B, with influences like Etta James and Tina Turner. She has combined these sounds with the rhythmic and eclectic musical styling’s of the album’s sole producer YoungPete Alexander from Atlanta, GA. The songs that reside on this album span the music genre spectrum, incorporating elements of Soul, R&B and Reggae. Collectively known as “The Officials”, the two have been able to create a musical masterpiece of which the world can relate. 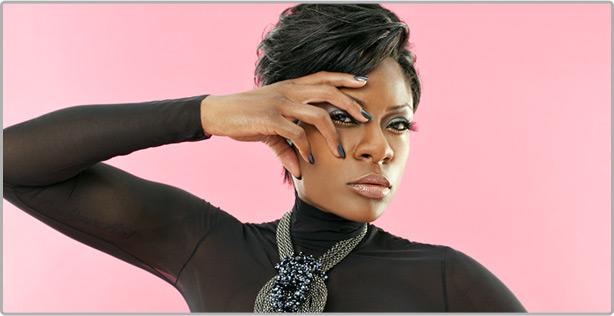