Julian King is an emerging singer/songwriter/musician that is breaking into the music industry with all the momentum and definitiveness of a well oiled machine. Born into a military family, King moved frequently but cut his musical teeth in his birthplace, Philadelphia, Pennsylvania. As an alum of the acclaimed Philadelphia high School for creative and performing Arts, King shares a similar foundation with such notable greats as Quest Love of The Roots, R&B singer Jazmine Sullivan, and the legendary quartet Boyz II Men. King went on to attend the University of the Arts where he graduated with a degree in Vocal Performance. 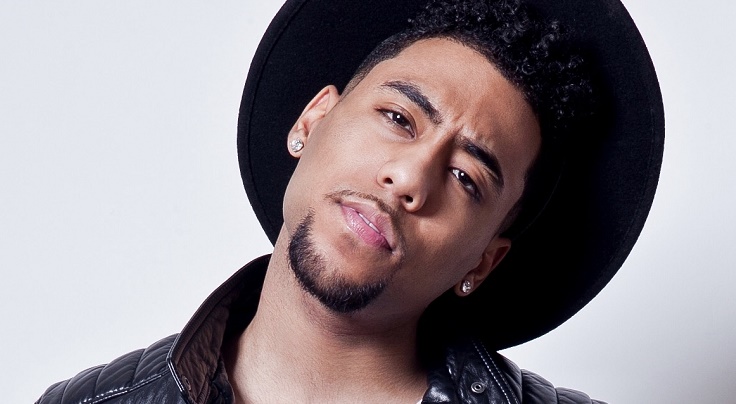 Like many other musical greats, King grew up in church; it was there that he cultivated his love for music and the arts. A triple-threat, with virtuoso vocals, attention grabbing dance moves, as well as skillful musicianship on piano and bass guitar, there is no denying that Julian King is a multi-talented artist. During his time at the University, King joined Grammy U (a community of college students who are pursuing careers in the recording industry) and the Recording Academy’s Philadelphia Chapter where he was able to network and rub elbows with some of the music industry’s movers and shakers. Now under the direction of Twenty20 Entertainment and Mama’s Boys Entertainment group, Julian King is on a fast trajectory to be the next world-class entertainer from Philadelphia.

Rising singer, songwriter, musician and Philadelphia native JULIAN KING is set to release his debut EP SING FOR YOU. Beginning July 17 fans can download the 7-track EP Sing For You for free via Julian King’s SoundCloud page. Sing For You boasts the popular “No Strings,” and his newest single “Unforgettable,” a song he recently performed live for Sol Village. The monthly showcase is hosted by Eric Roberson at the legendary SOB’s in New York City and features the best up & coming talent in R&B.