Rising singer, songwriter, musician and Philadelphia native Julian King announces the release of his debut EP SING FOR YOU! Sing For You is a masterful composition which gives listeners an inside peek into Julian’s world. The E.P. boasts the popular “No Strings,” a record that is about keeping a relationship light, fun, and without any strings attached. Julian King is credited with co-writing all 7 tracks on his debut EP. 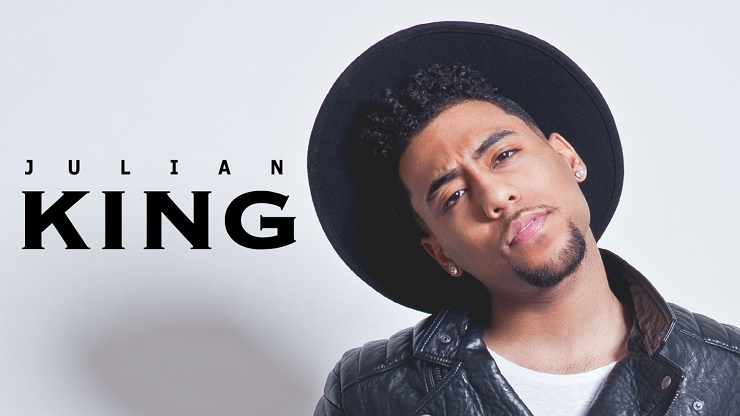 He collaborated with top producers including Bryan-Michael Cox (Mariah Carey, Usher, Mary J. Blige) for “No Love” and Ivan ‘Orthodox’ Barias (Justin Timberlake, Musiq Soulchild, Miguel) for “Mine”, as well as the hot songwriting duo, The TRND (Kristal ‘Tytewriter’ Oliver & Kristofer ‘César’ Murray). Julian King has been called “one of the most-talented indie acts on the Philadelphia scene right now” by Philly 360. You’ll be sure to see why after listening to Julian King’s great freshman debut.

Julian King is an emerging singer/songwriter/musician that is breaking into the music industry with all the momentum and definitiveness of a well oiled machine. Born into a military family, King moved frequently but cut his musical teeth in his birthplace, Philadelphia, Pennsylvania. As an alum of the acclaimed Philadelphia high School for creative and performing Arts, King shares a similar foundation with such notable greats as Quest Love of The Roots, R&B singer Jazmine Sullivan, and the legendary quartet Boyz II Men. King went on to attend the University of the Arts where he graduated with a degree in Vocal Performance.