Boston-based indie rockers Joy featured vocalist/guitarist Matt Savage and guitarist Daniel Madri, who had previously collaborated in Godboy. (On some tracks Joy also included drummer Matt Dodge and additional guitarist Ariel Rabinovic.) The group’s self-titled 2003 debut for Shrimper nodded to the lo-fi songwriting of Lou Barlow and the Mountain Goats, as well as Guided by Voices’ balladry. Released in 2004, Hatred & Grief followed the same template, while Devil’s Blues in 2005 (again from Shrimper) expanded Joy’s sound to include piano and other instrumentation. With her gossamer vocals, padded bass and warmth-filling bass line it’s hard not to notice JOY.‘s new single, Captured. Hailing from Brisbane, JOY. AKA Olivia McCarthy has until recently only been releasing covers but Captured marks a clear step forwards. You’ll most likely recognise her voice from Young Franco’s recent house-influenced track, CLOSE 2 U but Captured deviates away from the muscle-twitching euphoria in place of what feels like an all-encompassing embrace. Crafting an mesmerising atmosphere with vocals that soaks up the soundscape, you’ll struggle to tear your eyes away from the video clip she and her manager, Jack Toohey have crafted.

‘Captured’ is the first single from Brisbane based JOY. The brainchild of 17 year old alternative artist and producer Olivia McCarthy. 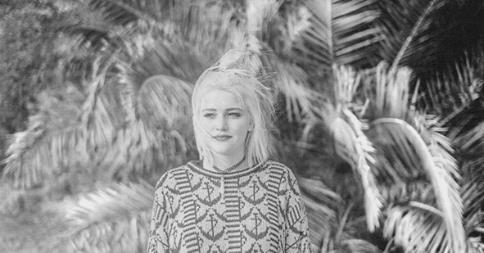