Jonny Carroll unveils lyric video for catchy new single ‘Leaving On The Light’. Sitting somewhere on the fence of chart pop and contemplative folk, Jonny Carroll’s sound has been cultivated by his eclectic taste in musical extremes and his manic depressive sense of creativity. Hailing from Grand Rapids, MI, Carroll cut his teeth by busking the streets of West Michigan for a living, spending winters playing shows and street performing in England and Scotland. His debut EP “The Willow” was nominated for 4 WYCE Jammie Awards in 2014 and his music has been featured on a number of regional radio stations spanning from Midwest America across the Atlantic, as well as in the award winning short film ‘Step One’ by Chris Eckenwiler. 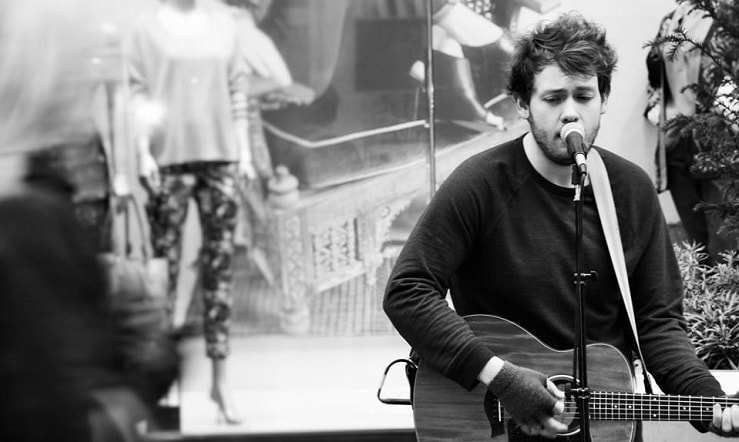 Jonny’s debut album ‘Leaving On The Light’ is set to be released on June 17th. He adds “Most of this album was written just after an abandoned wedding engagement, and I found myself wandering the streets of the UK for a couple of winter months trying to make sense of it. The songs are very pop in melody, but folk in narrative.” Jonny Carroll has just unveiled a lyric video for the title track of his album. As for the meaning behind the song, he explains “Leaving On The Light is about wrestling with fragments of lingering hope for a relationship to somehow heal itself once disbanded, while at the same time trying to become the person you knew you should have been in it.” He will embark on a US national tour next month.