Jonathan Strange & Mr Norrell is a seven-part British historical fantasy TV miniseries adapted by Peter Harness from Susanna Clarke’s best-selling novel of the same name. It premiered on BBC One on 17 May 2015. Jonathan Strange & Mr Norrell is set during the Napoleonic Wars in an England where magic once existed and is about to return. So begins a dangerous battle between two great men. Eddie Marsan (Ray Donovan, The World’s End), Olivier award-winning Bertie Carvel (Restless, Matilda), Charlotte Riley (Wuthering Heights, Easy Virtue), and Alice Englert (Ginger & Rosa, Beautiful Creatures) star in the seven-part mini-series, which has been adapted from Susanna Clarke’s bestselling novel by Peter Harness (Wallander, Doctor Who) and directed by Toby Haynes (Sherlock, Doctor Who). 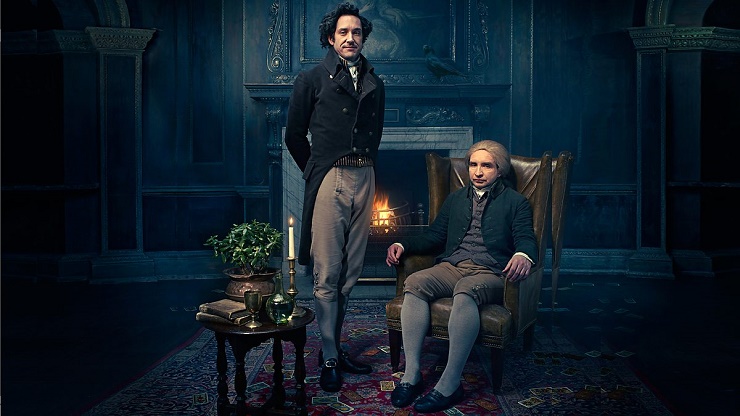 1806. England is beleaguered by the long war with Napoleon and centuries have passed since practical magicians faded into the nation’s past. However, scholars of this glorious history discover that one remains — the reclusive and skillful Mr Norrell (Marsan). His displays of magic soon thrill the nation. In London, he raises the beautiful Lady Pole (Englert) from the dead and summons an army of ghostly ships to terrify the French. 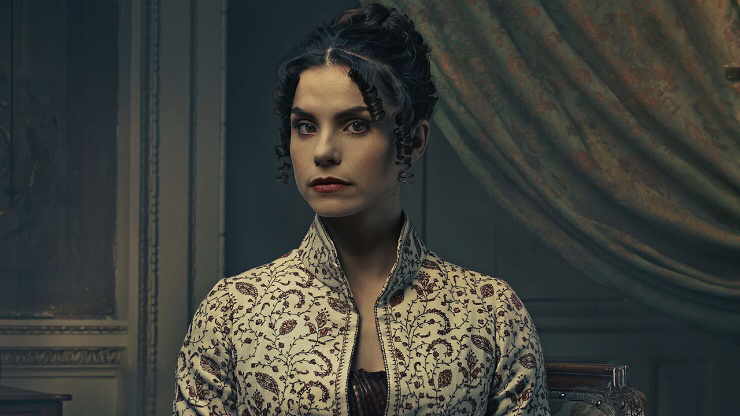 Soon the cautious and fussy Norrell is challenged by the emergence of another magician: the brilliant novice Jonathan Strange (Carvel). While trying to secure his beloved Arabella’s (Riley) hand in marriage, he meets a vagabond, the magician of Threadneedle Street, Vinculus (Paul Kaye, Game of Thrones, Stella), who tells him he is destined to be a great magician. Young, handsome and daring, Strange is the very antithesis of Norrell. A dangerous battle ensues between the two great men. Their obsessions and secret dabbling’s with the dark arts will cause more trouble than they can imagine.

‘Do not laugh at me, please. It is cruel to laugh. I may not have your imagination, Sir. I may not be as daring a magician.’ – Norrell 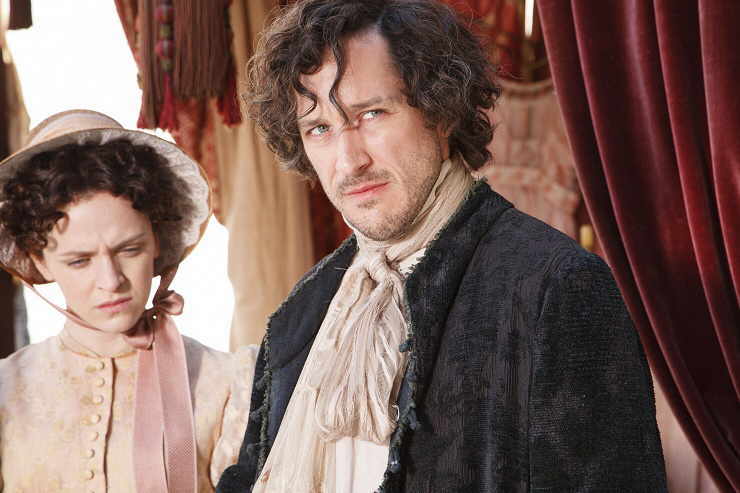 Reviews
“Unquestionably the finest English novel of the fantastic written in the last seventy years. It’s funny, moving, scary, otherworldly, practical and magical … Closing Jonathan Strange & Mr Norrell after 800 pages my only regret was that it wasn’t twice the length” – Neil Gaiman

“The language of the book is such a pleasure you’d probably want to go and read it anyway” – Lauren Laverne, BBC Radio 6

“’A nourishing, 19th-century-style novel that will warm readers through any number of dark and stormy nights … Clarke makes her magical story ridiculously engrossing’” – Daily Telegraph

“’This is, in both the precise and the colloquial sense, a fabulous book … a highly original and compelling work’” – Sunday Times

“I read it years ago and loved it … They’ve preserved the scale and majesty of the story … So you have credible, fully imagined characters recognisably of the same world we inhabit” – Bertie Carvel

“I read the book and loved it. It sort of obsessed me for a while and I felt an affinity with what turned out to be my character, Vinculus. I found the footnotes addictive! If there wasn’t one on the next page I would be disappointed” – Paul Kaye