Jon Bellion – Carry Your Throne. Jon Bellion makes his (solo) CSHH debut with the official, self-directed video for his extremely smooth single, Carry Your Throne. This song will appear on the 23-year-old NYC singer-songwriter’s upcoming album The Definition, due out before the year end. This is what we like to call “Hip-Pop-nB,” a mixture of Hip-Hop, Pop and RnB. Here’s what Bellion had to say about the song and visual: “The record was produced and recorded in an actual castle cathedral in France. Live orchestration and all.” Me and award-winning country producer Chris DeStefano looked at each other after the final playback and just hysterically laughed for about an hour. We knew how progressive and incredible this shit was.”

Jon Bellion – Carry Your Throne Lyrics:
[Verse 1]
Two crowns and a gold cup
And they’re coming for the throne love
But if your heart is a dog fight
Then I’m ready to go to war like

Rough sex in the courtyard
And your legs are the North Star
Church bells let me ring them
She looked back, said “baby this your kingdom”

[Verse 2]
They try to break inside the walls with
These lies but I’m pulling up the draw bridge
You rose this love from the dirt now
Set fire to the sky watch it burn down
It’s a ceremony but the crowd’s gone
And you got nothing but my crown on
Round 2, round 3 give me sequels
Everytime you open the cathedral
[Hook] x2 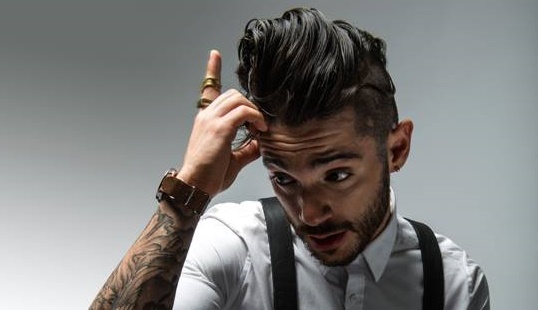