Johnny Marr – New Town Velocity
Johnny Marr (born John Martin Maher; 31 October 1963) is an English musician, singer and songwriter. He was co-songwriter – with Morrissey – and guitarist of The Smiths between 1982–87. He has also been a member of Electronic, The The, Modest Mouse and The Cribs, as well as a prolific session musician. In 2013, he released a solo album titled The Messenger.Wikipedia®

Johnny Marr’s video for his latest single New Town Velocity was shot around various buildings and areas of Greater Manchester and is based on the Psychogeography philosophy of the Situationist Movement.
The song is taken from this years critically acclaimed album The Messenger and was inspired by Marr’s own story of the day he left school aged fifteen to pursue a life as a musician and features him in the council estate of Wythenshawe where he grew up.
It was directed by David Barnes who directed the Upstarts video and art directed by Subset.

Left home a mystery
Leave school for poetry.
I say goodbye to them and me
Mission velocity.

It made me just run faster now
I’m gonna take it off, driving round,
Make up my mind, leave the windows down.

[Chorus]
I’m in something alright, I know.
I got to live it up,
I can’t resist, make for zero, oh, no.
It turned out like I said it would,
Can I get the world right here?

Step up to symphonies,
They play on for you and me.
When we face that July dawn,
The uniforms one on one, no run.
We chased that summer down.

I can’t resist, make for zero, oh, no.
It turned out like I said it would,
Can I get the word right now?
Hello, you mystery,
Mission velocity.
Here comes our poetry,
New town velocity. 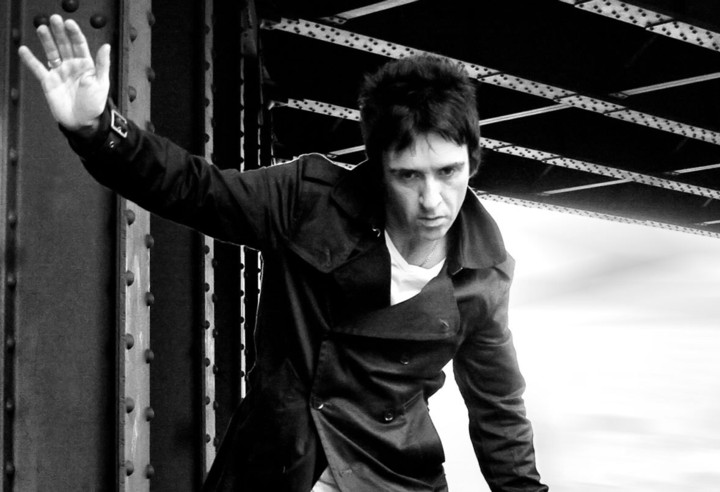