At the age of 23, John Michael has established himself as one of the premier singer/songwriters of the upcoming generation. Born in northeast Washington, D.C. and raised in Virginia, John Michael began writing at 16 years old. He has penned material for several distinguished producers who have worked with top artists such as Wale, Rick Ross, Lloyd, and Jay Sean. Although he is a force to be reckoned with behind the scenes, John Michael is ready to step into the spotlight and showcase his own music. Unaware of his innate ability to sing, music always surrounded him growing up. His mother subjected him to the sounds of James Taylor while his father introduced him to the world of soul, funk, and big band. Throughout high school he dropped hooks for classmates during freestyle battles and mixed his own beats. He began to take his talent more seriously after friends were blown away by his rendition of Dru Hill’s “April Showers.” 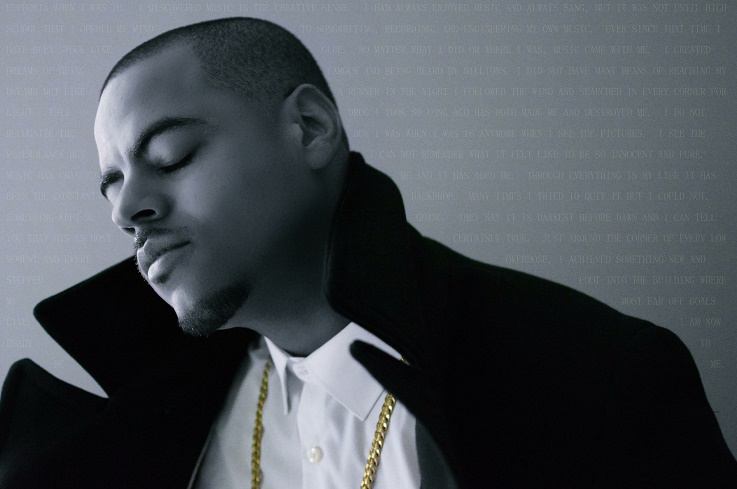 It was at this point that singing and writing transitioned from a hobby to a daily grind. Musically influenced by Stevie Wonder, Glenn Lewis, Donell Jones, Jon B., Lauryn Hill and Dru Hill, his unique ability to write and perform places him among the elite. “I set my standards high. I view my competition as Ne-Yo, Chris Brown, Trey Songz and similar artists out today,” said John Michael. “I need my music to sound like that or better.” His strong work ethic and willingness to put in long studio hours has resulted in soulful hits like “Just A Man” and “Where I Belong.” The key to success for John Michael is that he never gives up. His determination to prove skeptics wrong only adds fuel to his fire. This focus and dedication keeps him in the studio writing new material for his debut album. He is also working on songs for potential Budweiser and Nike commercials, as well as songwriting projects with Scotland artist Kasey Monroe. “Everything I do is for my son. I don’t want him to worry about money like I did. That is what pushes me. I never had a team around to get me where I am today. I had to do everything on my own,” said John Michael. “Music has always been a hobby that I kept close. Now it’s time for me to push it out to the world.

Michael says: “This new album Like A drug is made up of songs that really do show who I am as an artist right now. Contrary to popular belief the album title like a drug has a far different meaning than the song like a drug. I called he album like a drug because music, the music biz, the people u meet, special treatment, attention. It’s all a drug to me. I chased it so long and when I got a little hit of that high it’s hard to cope with anything else. U spend the rest of your life chasing that same first high. But it most likely will never feel like that again. But when u chase a high u start sacrificing any and everybody to get it. Music is no different. In pursuit of all that I went through one of the toughest years of my life in 2014. But I’m fortunate because unlike a lot of new artists I kept my head straight and took care of myself instead of hoping someone else would. Once the album cycle is over every artist is on their own until they can create new stuff. Luckily for me I run my own studio so I kept pumping out music in spite of what I was going through in 2014. 3 mixtapes. Now I’m here today stronger and better off than I ever have been financially and spiritually. All because I weathered the storm and now I can’t wait til 11.6.15.”

John Michael: Inevitable Lyrics:
Chillin’ in the back of the Vic
Kiss shawty right on the lips
Said baby don’t you trip
Ain’t no evidence gon’ stick to this
Did it in the craziest way
Had to plan the shit off for days
Can’t just kid, get this (?)
Masterpiece that she painted
Hang us up on the wall
We much different than y’all
Won the battles and war
That’s what we do this for
My hands comin’ round of the side
I can see the thrill in your eyes
Gone, baby, don’t be shy
It’s the perfect night, tonight
So sly, I just might try
To make you cry
Look at me! This is the real me
Ya feel me? Yeah eh yeah eh yeah
Paint a picture, how much you really want?
That’s my vision
Just what I’m dreaming of, you know (?)
Girl, don’t stop, keep going
So I can see it all
Baby, won’t you call my name
I’mma beat it all that frame
It will never be the same
Don’t you ever try to say
Someone else got that flame
Think you wanna tat my name
All ova that thing
From your head to your feet
You a freak in a G song
Oh oh oh oh oh oh
Yeah! Uhm.
Baby, put it, put it on me
Ride it, don’t stop till you on me
Flip it ova give it to ya
Beat it, beat it till you cannot take it
I’m inspired, don’t get tired
Pull it out and look at that fire (?!)
Your desire is my desire
Midnight soaking, midnight, don’t care
Watchu speakin’ is foreign language
I don’t know a single word you’re saying
Screaming my love due to my bro
You will never be the same again
Oh nah! Oh, oh ohohoh