Skip to content
Home » Music » Joelistics – Out Of The Blue feat. Kaity Dunstan

Joelistics – Out Of The Blue feat. Kaity Dunstan. Melancholic and raucous, untamed and earnest. Welcome to the chaotic world of Blue Volume, the new album from Joelistics. A messy break up and the tragic loss of a dear friend saw Joelistics escape to Berlin to take some time out and begin work on the follow up to his treasured debut album Voyager. After a sweltering but productive summer, Joel lost an entire album of material when his laptop was stolen. Starting afresh, Joelistics channelled all the raw emotions previously kept out of harm’s reach to make his most compelling and personal record to date. Drawing on ‘80s-era post punk, ‘90s grunge, golden era hip hop and folk, the Melbourne MC, producer and singer offers up an inspired glimpse into the human psyche. As producer of the majority of the album, Joelistics confidently straddles current sounds while simultaneously bucking today’s trends. At its heart Blue Volume is a celebration of our inherent flaws; a tribute to old friends, lost love and a document of the frustration of an outcast bewildered by a deteriorating political and social landscape. Anchoring wide ranging themes and sounds is how Joelistics approaches songwriting and storytelling. Infectious opener Say I’m Good rattles the cage in protest whilst maintaining a sense of fun, helped along by the raucous Victorian Roller Derby Girls. The haunting folk of Nostromo aligns Joel with an unlikely kindred spirit in Wil Wagner (The Smith Street Band), delivering one of the most evocative cuts on the album. In amongst the bombardment of Everyone Everything and the dawning clarity of In The Morning there are glimmers of hope in the beautifully crafted Out Of The Blue and the breezy Fly Away.

Joelistics – Out Of The Blue feat. Kaity Dunstan Lyrics:
[Verse 1]
Out of the blue it all changed in an instant
He was nineteen when she told him she was pregnant
Barely out of high school, living in a small town
Neither of ’em had a job or money in the bank
He got work on the factory floor
Struggling to make ends meet but she adored him
Always in his corner when her parents started on her like
“He won’t ever amount to that much”
The baby arrived, really they tried
She said “let’s do the best we can a day at a time”
He started staying out all night getting drunk
Convinced he couldn’t deal with what he had, what he’s done
He lost his job and that was no surprise
She said “I can’t go on watching you destroy your life
You need to get it together or I’m leaving with our kid”
He said “It’s probably best that you left”, so she did

[Verse 2]
Five years later and she’s living in the city
And she’s severed all contact with her old life
Her little girl’s at school, she was working days
Staying up late and studying through the night
Out of the blue he called up and they talked
He said he’s got a job up north on fishing trawlers
He hadn’t touched a drink for two years, he’d been clean
Plus he saved some money on the side inbetween
He cleared his throat, made an awkward joke
And asked “maybe I could come visit you both
But only if you think it’s alright I mean”
She said she’d think about it, the next day she agreed

[Verse 3]
He got on a plane and flew across the desert
Watching as the world flew by
It felt like he held his breath from the airport
All the way to her front door the whole time
He knocked soft and she opened up
And they looked at each other both dumb struck
Each waiting for the other one to speak first
But neither of ’em could find any words, then
Out of the blue as if one cue tryna
Hold back the tears in their eyes
And with a voice full of cracks and a heart fit to burst
She said “Well, you took your time” 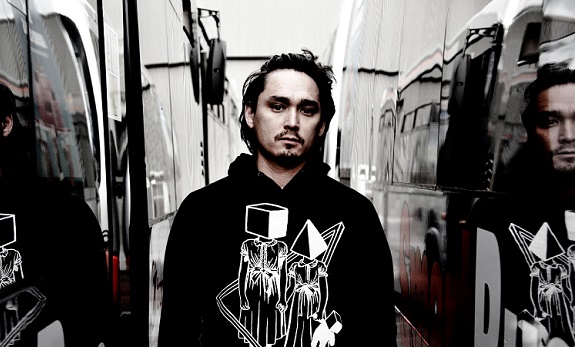