If the sunset would have a soundtrack it would be sampled in most of Marlene’s songs, mixed with raw R&B beats, melodic keys and daydreams of skyscrapers, beach parties and a bit of homesickness.
“I want to see the world through my music, with my music and I want the world to see me”. After spending last year touring with Benga, Marlene came back home to Stockholm with an unsettling hunger for bringing hew own music to the stages. “I promised myself as a kid that I’d one day sing a self written song to an audience, even if for just one person. Now I’ve done that, but I grew up and so did my ambitions”. Working daytime writing and putting her voice on major releases from artists such as Benga, Sebjak and Don Diablo, she devoted her nights shaping and forming the material that would later take her back into the spotlight to share her own musical vision.

The song is written and produced by us, a song about female friendship. Marlene is one more Swedish darling bringing us decadent electronic-pop from the holy grail hometown of music. Following the release of “Bon Voyage” and the cotton-candy coated goodness of the soaring “Stay Awake,” Marlene and her musical partner Ji Nilsson (who co-writes almost all of her tracks) have teamed up to bring us a collaborative track about female friendship in celebration of International Women’s Day. “Love You Anyway” sounds like two friends accepting each other for all their flaws except these friends praise each other in complete harmony. It’s perfect pop devotion. 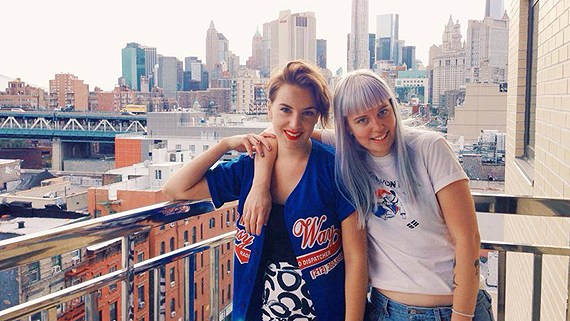