Jhené Aiko Efuru Chilombo (born March 16, 1988), better known as Jhené Aiko or simply Jhené, is a American singer-songwriter and recording artist from Los Angeles, California. Formerly signed to The Ultimate Group and Epic Records, she left both labels in order to continue her education. Aiko began her career being known as “Lil’ Fizz’s cousin”, however she is not actually related to him. It was used as a marketing tool suggested by Sony and Epic to promote her through the R&B group B2K and attract an audience, though Aiko affirms that she and Lil’ Fizz grew up together and were close like family. On December 16, 2011, Aiko signed a recording contract with American record producer No I.D.’s record label Artium, distributed through Def Jam Recordings.[6] She has been described as having gentle and pop-tinged vocals. Wikipedia®.

Tell me whatcha say now
Tell me whatcha say?
You said that you would come again
You (said) that we would remain friends but
You know that I do not depend on
Nothing or no one
So why would you show up
So uninvited then
Just change my mind like that

Cuz I usually do
Stick to the business
But you came out the blue
And then you just flipped it
God damn baby
My mind’s blown
I be forgettin’
You live in a different time zone
I think I know what this is
It’s just the time’s wrong
And yea
I know what you did
But baby I’m grown
And my love is patient
And kind, and shit
If this is real we can build
And do different types of shit
If you was really the realest
Wouldn’t be fightin’ it
I think your pride is just
In the way
(like a bitch)
Funny how everything changed
Once you got all that you wanted
Nothing was ever the same 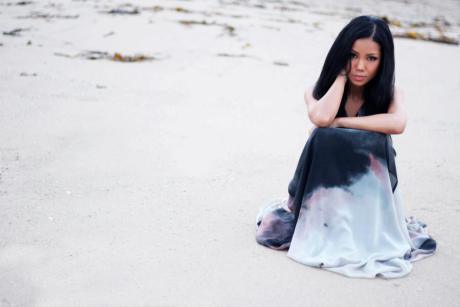