Skip to content
Home » Music » JF Robitaille & Lail Arad: We Got It Coming

Montreal-bred songwriter JF Robitaille is no stranger to lofty expectations. Yes, he’s long been celebrated as one of the most engaging songwriters North of the 49—a fact evident even in his earliest days, when he fronted indie-rock outfit the Social Register in the aughts—but with 2013’s Rival Hearts, the world began to take notice. After the album charted in Germany, he found himself playing for large crowds at Hamburg’s fabled Reeperbahn Festival along with several other gigs throughout that country. Robitaille’s international rep began to resemble his accolades in Canada. Here, a troubadour cut from the same cloth as Leonard Cohen. Or Nick Drake. Or Bob Dylan. 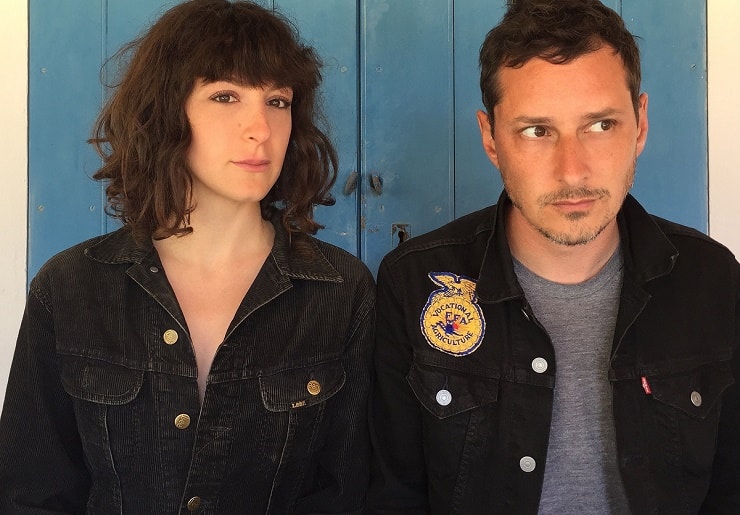 Those hat-tips were undoubtedly flattering—as was the appearance of Rival Hearts on plenty of year-end lists, including his hometown newspaper, the Montreal Gazette—but they also set an imposing precedent. Thankfully, with his third full-length, entitled “Palace Blues”, Robitaille has delivered on those expectations—just not in the way you’d expect. Robitaille’s literary penchant and sophisticated song craft may still get him Cohen comparisons, but unlike Leonard’s Songs of Love and Hate, you’d never find him sipping scotch in the basement of the Matador. Because, as Robitaille has admitted, this is certainly not a folk album. His whispery vocals still guide the affairs, but with this album, he lets his arrangements do much of the storytelling. Take, for instance, the melancholic “December Moon,” where Robitaille nearly lets his lyrics fall into the background, instead letting rollicking guitars and nocturnal organs paint a picture. Or “Missing You,” where he taps Canadian indie-rock mainstay Julie Doiron (Eric’s Trip) to add bright dabs of vocal colour to his detached delivery.

More than anything, this album is about transition—no, he may not buy into picture-book romance, but Robitaille was a one-time believer. He’s an ideologue at his core, but he’s not gullible. He’s an introspect, but he’s earned the patina that only comes with countless passport stamps. And musically, he’s not Canada’s answer to Bob Dylan or Nick Drake—he’s J.F. Robitaille, and he’s delivered his most actualized album yet. Complimenting this new album, Robitaille also brings us a new book! “Minor Dedications” is the title of his first collection of lyrics and poems. It is brimming with the fullness of his language, with his poetry being interspersed by playful line drawings that illuminate the soulfulness of his verse. Also included are colourful and haunting picture interpretations to the lyrics of his new album by 11 contemporary photographers. Together with a copy of the album/CD “Palace Blues”(which is included inside the book),”Minor Dedications” will give his fans and new readers/listeners alike, the opportunity to experience J.F. Robitaille’s artistry which affirms him as a master of desire, with a perceptive eye and ear powerfully attuned to his generation.

JF Robitaille & Lail Arad: We Got It Coming

The book, with a free CD enclosed was released by SparksINK and Toronto book publisher Book Thug on June 17, 2016 – the same day his new CD, “Palace Blues” was released via Sparks Music/Universal Music in Canada and via INgrooves internationally. They soon found themselves in the studio with Mike Lindsay (Tunng, Laura Marling), producing a track which not only combines their lyrical wit, but proves a bold musical departure for both voices. Balancing effortlessly between 1969 and 2017, “We Got It Coming” is a transatlantic gem.

Changed my name and volunteered
To compile my early years
A thousand songs, give or take
Waiting for my voice to break