Jess Glynne – Hold My Hand. Jess Glynne is a British singer/songwriter. She is best known for featuring on Clean Bandit’s 2014 single “Rather Be”; the song reached number 1 on the UK Singles Chart and number 2 on the Irish Singles Chart. In January 2014 Jess featured on Clean Bandit’s single “Rather Be”. On 22 January 2014 the song was at number 1 on the Official Chart Update in the UK ahead of “Wild Heart” by The Vamps, and had sold nearly 94,000 copies. On 23 January 2014 the song entered the Irish Singles Chart at number 15. On 26 January 2014 the song debuted at number 1 in the UK, with 163,000 copies sold. In February 2014 Jess released her single ‘Home’ produced by Grime producer Bless Beats. Her debut album is due for release in 2015, following the release of another single in January 2015. The album will feature contributions from Knox Brown, Naughty Boy, Talay Riley, Starsmith, and Switch, as well as her regular collaborators Bless Beats and Jin Jin. Wikipedia®. 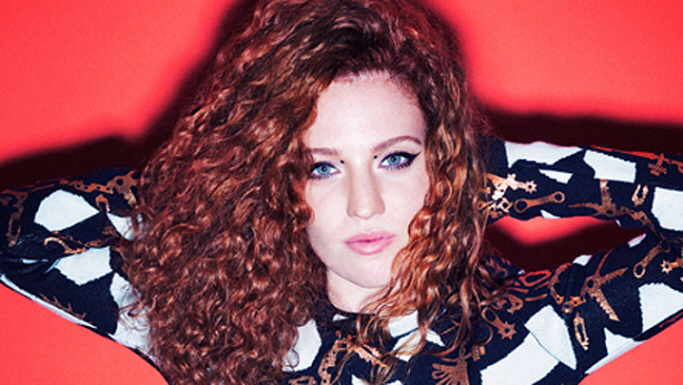 The voice behind Clean Bandits’ hits, ‘Rather Be’ and ‘Real Love’ has stepped out on her own with her own single that’s equally as good…if not better! Today, Jess Glynne has premiered her brand new song, ‘Hold My Hand’, a fun pop ditty about falling in love. If anything, ‘Hold My Hand’ shows just how much of a star she was on those Clean Bandit songs. It’s really nothing new, but it’s incredibly upbeat and just fucking good. It’s got soul, it’s got a little bit of house injected into it. Most importantly, it doesn’t stray too far away from what she’s known for with Clean Bandit.

[Pre-Chorus]
Break my bones but you won’t see me fall, oh
The rising tide will rise against them all, oh