With a diverse array of influences, eclectic twosome J*Davey — female vocalist Jack Davey (b. Brianna Cartwright) and producer Brook D’Leau — deliberately evade the narrow categories of what urban music should sound like, not to mention that they defy normal conventions of pop music. Drawing equally from neo-soul, new wave, funk, and hip-hop, their melting pot of electronic soul and dance have made music-goers try to classify them somewhere between neo-soulstress Erykah Badu and new wave punks Talking Heads. 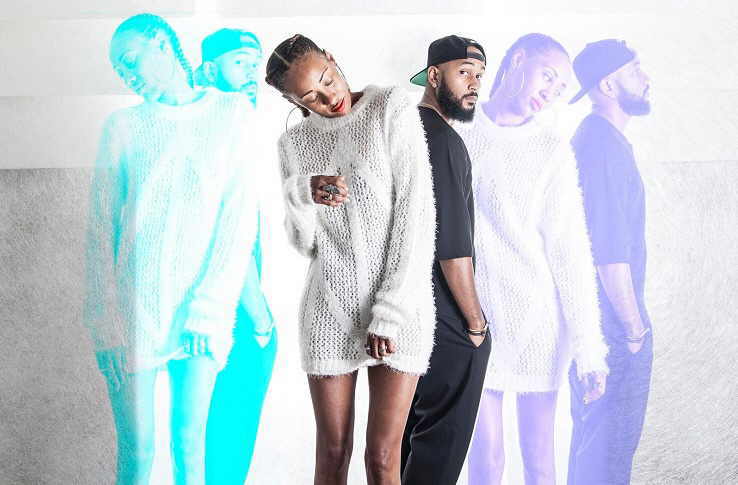 D’Leau and Davey established the duo in the summer after their high-school graduation in 1999. Born and raised in L.A., D’Leau, whose taste for new wave and funk greatly characterizes the group’s music, learned to produce tinkering with his father’s studio equipment during high school. Davey moved to Los Angeles from her hometown of St. Louis, MO, when she was eight. She had her fair share of industry woes with a failed stint in a girl group, but when she met D’Leau, the two had a chemistry that they couldn’t ignore. For several years, the self-proclaimed “black Eurythmics” worked the live circuit around the country, steadily building their reputation and a unique following.

They made some substantial strides on the recording side of things, scoring music for television shows CSI: New York and Entourage. However, their recording appearances began to accumulate in the mid-2000s with the most interesting being their cover of Frank Zappa’s “Dirty Love” on Ubiquity Records’ Rewind! 5 compilation in 2006. Early the following year, fresh off their stint performing with Prince, J*Davey signed a major-label deal with Warner Bros.