Jasmine Villegas, the multi-talented actress/singer who has amassed a huge teen following over the course of her career, has just released her new single “That’s Me Right There,” featuring Kendrick Lamar. This is the first release since signing with Interscope Records in 2013. She is currently prepping for an extended play that will release later this Fall. The 20 year old San Jose native’s rise to fame comes by way of not only featured roles on hit television shows, but through numerous nationally televised music performances. Her electrifying vocal ability earned her a spot on Justin Bieber’s 32-city My World Tour and impelled the subsequent success of her 2011 mixtape, “S(he) Be(lie)ve(d).” Villegas has already proven herself as an artist. “S(he) Be(lie)ve(d)” yielded three successful buzz tracks: Jealous, Werk, and Just A Friend. Released in 2011, the nine track mixtape delves into an array of topics in a way that is both edgy, yet clean; a balance which the young star has mastered.

Discovered at age 11, Villegas perfected her skills under the direction of music mogul Dame Dash’s Dash Music Group, and current manager, Gabriella Mosci. That same year, she garnered much attention after an impressive rendition of the national anthem at a Los Angeles Clippers game. Since then, Villegas has gone on to perform at over 15 sporting events, including the Mayweather vs. Ortiz boxing match; an appearance which generated enough buzz to land her a spot as the #1 trending topic on Twitter. For the past few years, she has travelled throughout the United States and overseas performing. In turn, Villegas has solidified both an international presence and fan base.

Villegas’ impact is evidenced by her popularity on social media. In 2012 she was listed as the #3 Most Powerful Woman on Twitter and the #1 Top Twitter User in Los Angeles by TweetGrader.com. She was also named the #9 Most Influential Musician on Twitter by Klout.com. She currently has over 1.68 million Twitter followers, her Facebook likes have exceeded 931,000, and her Instagram followers have reached over 645,000. Aside from music, Villegas has had guest-starring roles on several shows, including, “That’s So Raven,” “My Wife and Kids,” and “The Suite Life of Zach and Cody.” She has appeared in print advertisements for American Girl, Levi’s, Girl Scouts, and more. As well, she is involved in several non-profits including L.A.’s Best, Geffen Playhouse, and the Boys and Girls Club of America.

[Verse 1: Problem]
Whaat, don’t know if I can but I’ll try
You know I love that little look in your eye you gave me
Here’s the keys to my coupe, go drive me crazy
Gotta rahhh for them boys if allowing me ain’t me
[?] through the jungle, don’t try to play me
Cause I’m a diamond lane nigga out the CPT
Remotely controlled by C-A-S-H
Like a lot of cheese on my BLT
Varsity tryna see what that [?] taste like

[Bridge 1: Jasmine V]
I knew you gotta bank roll
Everyday’s a pay day and everything is paid for
I just really wanna see if you can chill and lay low
California [?] sippin’ while we’re eating mangoes
Baby I’m tired, wasting my time
With the party hands up, you just give me high fives
Like I really want your number but I don’t really know why
But then everything change when you see me eye to eye

[Verse 3: Jeremih]
Better tell me where you’re headed, headed, headed
(Show me where you goin’, if you wanna hide I’ll be right with ya)
Tell me is you ready, ready, ready
We can do whatever, especially [?] night with ya)
You know I’ma have it, have it, have it
Anything you need and everything you want
Know it’s right with me
Body on your body, come and slide with me
You gon’ need you more than one night with me

[Bridge 2: Jeremih]
Know I gotta bank roll
Everyday’s a pay day and everything is paid for
I just really wanna see if we can chill and lay low
Jamaica we be drummin’ up in Montego
Sunset drivin’ while we in a Range Rove’
And we can do whatever all you do is say so
I really want you know and I don’t even know why
Hope that things change when you see me eye to eye 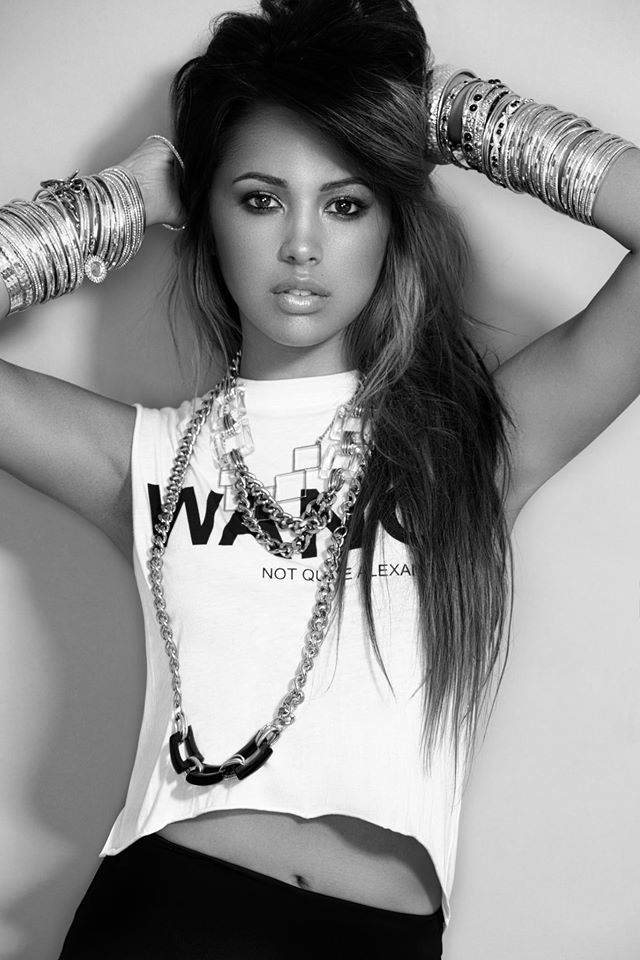