Skip to content
Home » Music » Jarrod Lawson: You Got Me

Jarrod’s first memories were made exploring his own father’s recording studio in Redwood City, California—the family residence at the time. His parents still declare that it was never difficult to find young Jarrod; just follow the sound of humming or drumming. At two years of age, Jarrod had found his way to the drum-kit which created in him a highly rhythmic sensibility that can be witnessed in his keyboard playing to this day. His profound ability at bass support creates a rhythm section of his left hand alone. In a trio setting with guitar and drums, it was once remarked that the band needed no bass player as “a bassist would just get in Jarrod’s way.” 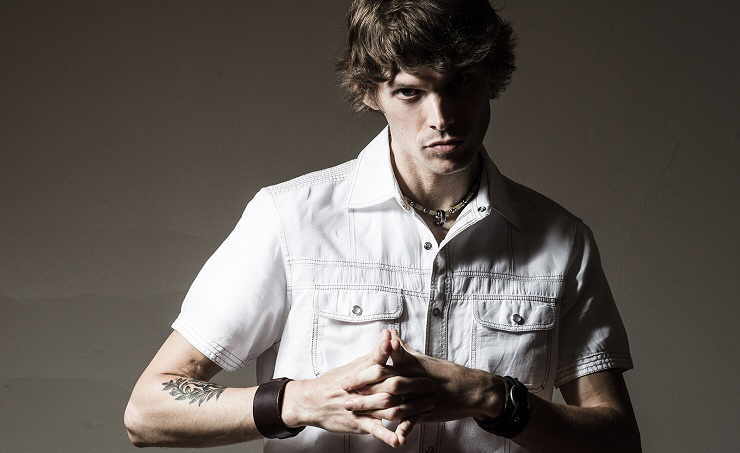 Sometime around the age of eight years old, the Lawson family moved to a farmstead south of Portland, Oregon. In that open vista—away from neighbors and city distractions—Jarrod explored his father’s record collection and found treasure in the recordings of Donny Hathaway and Stevie Wonder. These two giants would inspire and inform Jarrod’s own development as a singer and songwriter of soul music. As he explored the magnificent harmonies of soul, a fascination and near-obsession with the piano blossomed when Jarrod was only 13 years old. Lessons began under his father’s tutelage but as Jarrod began to search for his own sound, his studies took on a more and more independent approach. His own hearing became his searchlight as he quested to understand what he heard and to develop his own artistic voice expressed through his singing and piano virtuosity. The quest took him to the masters—from Chopin to Chick Corea, Oscar Peterson to Pastorius, Errol Garner, Ravel, Paul Simon, Joni Mitchell, Bob Marley and, of course, Donny Hathaway and Stevie Wonder.

Jarrod Lawson: You Got Me

Jarrod joined his college’s esteemed music program and sang in the Chamber Choir along with singing and playing piano for the college jazz ensemble. While honing his performance-craft, Jarrod continued developing his composition talents in melody, harmony, chord progressions and lyricism and much of that developed into the mature and steadfast compositions that we hear in Jarrod’s music now. The mature composition and performance heard now in Jarrod Lawson has made him wildly and widely popular in the Pacific Northwest—sharing stages with the likes of Bilal, Average White Band, Angelique Kidjo and Ronnie Laws. He has performed with Portland sensations like Farnell Newton, SoulMates and international star Liv Warfield who refers to Jarrod Lawson as “The Truth.” Maybe best of all for Jarrod, so far, was performing at Stevie Wonder’s birthday party. Whether he sings and plays funk, folk, R&B, rock or jazz—as has been said many times—“everything he touches turns to soul.” What began as a child’s interest in sound and rhythm has become a man’s expression of his own character. He sings from his integrity and spirituality, passion and compassion, empathy and sympathy…in other words, his own soul.

Jarrod Lawson: You Got Me Lyrics: