JARED EVAN grew up in Great Neck, New York playing the drums, hoping for the chance to one day become the next Keith Moon. With an introduction to music at an unusually young age, JARED found himself discovering and listening to artists that were way before his time. “I was the only 6 year old in school listening to Al Green and Led Zeppelin”. “I would bring Jethro Tull and James Brown CD’s to school and other kids thought I was weird”. With dreams of breaking as a professional drummer originally, he soon began to experiment with several other instruments and taught himself how to play a number of them. JARED’s early years were filled with a lot of problems in school and music provided a theraputic outlet for him. Eventually, Jared later became heavily influenced by older seminal Hip Hop artists such as the Wu-Tang Clan, Mos Def, The Roots, Kool G Rap, Tribe Called Quest, KRS-One, The Fugees, and others. At this point, Jared started to fuse his new passion with his old. Taking musical cues from his classic rock and soul influences such as Led Zeppelin, The Beatles, Al Green, Radiohead, Sublime, James Brown and others. JARED began to produce and rhyme over new genre-blending beats while introducing heavily melodic hooks to create groundbreaking undertones. Soon, others began to take notice. In 2008 at the age of 18, JARED won the Brooklyn Hip Hop Festival’s Spit 16 competition curated by The Source (magazine). Jared was invited to open the festival and his performance immediately caught the attention of attendees, MC’s and the press. Off of the strength of his performance, Jared was invited to perform several shows including an opening gig for Lupe Fiasco in the fall of 2008. At that point JARED started working heavily in his own home studio and began to hone his sound and complete his very first project entitled “Radio In My Head”. It was around this time where JARED started interning at The FADER in New York City. Upon completion of the first draft of the project, JARED put it in the hands of his friend and Hip Hop superstar director, Rik Cordero (whom he met while interning at The FADER) . Rik said this about Jared after hearing the mixtape: “Jared meshes Hip Hop lyrics, Neo Soul and Post Punk influences with Classic Rock to create a truly unique sound.” Rik and JARED immediately began to create visually stunning music videos to complement Jared’s provocative sound. These videos were then circulated to the top music executives and within weeks JARED had several major label offers. 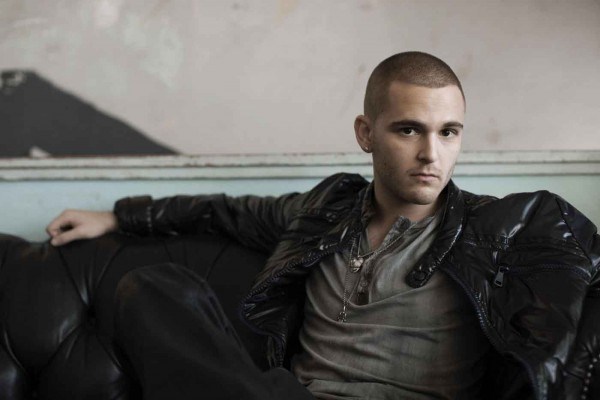