Janelle Monáe Robinson (born December 1, 1985),[4] known as Janelle Monáe, is an American R&B and soul musician, composer and record producer signed to Wondaland Art Society, Bad Boy Records and Atlantic Records. After making a mark with her first unofficial EP, The Audition, Monáe debuted with a conceptual EP, Metropolis: Suite I (The Chase). The EP had a modest commercial impact, peaking at No. 115 on the Billboard charts in the United States. In 2010, Janelle Monáe released her debut studio album, The ArchAndroid, a concept album sequel to her first EP; it was released by Bad Boy Records. This album received acclaim from critics and garnered a nomination for Best Contemporary R&B Album at the 53rd Grammy Awards. The song “Tightrope” was also nominated for Best Urban/Alternative Performance at the same ceremony. This album was also more successful commercially, officially reaching the number 17 spot on the Billboard Charts. Her success has also garnered her several Grammy nominations. In March 2012, “We Are Young”, the song by the band fun. on which Monáe makes a guest appearance, reached number 1 on the Billboard Hot 100 chart, her first appearance in the US Top 10. In August 2012, Monáe was chosen as the newest addition to the CoverGirl spokeswomen lineup. On June 27,2013 Monáe announced that her second album The Electric Lady will be released on September 10, 2013. Wikipedia®.

Janelle Monae Ft. Erykah Badu – Q.U.E.E.N. Lyrics:
can’t believe all of the things they say about me
Walk in the room they throwing shade left to right
They be like, “Ooh, she’s serving face.”
And I just tell ’em, cut me up, and get down

They call us dirty ’cause we break all your rules down
And we just came to act a fool, is that all right (Girl, that’s alright)
They be like, “Ooh, let them eat cake.”
But we eat wings and throw them bones on the ground

Is it peculiar that she twerk in the mirror?
And am I weird to dance alone late at night?
And is it true we’re all insane?
And I just tell ’em, “No we ain’t,” and get down

I heard this life is just a play with no rehearsal
I wonder will this be my final act tonight
And tell me what’s the price of fame?
Am I a sinner with my skirt on the ground?

Hey brother can you save my soul from the devil?
Say is it weird to like the way she wear her tights? (but I like it)
And is it rude to wear my shades?
Am I a freak because I love watching Mary? (maybe)

Hey sister am I good enough for your heaven?
Say will your God accept me in my black and white?
Will he approve the way I’m made?
Or should I reprogram the program and get down?

Shake ’til the break of dawn
Don’t mean a thing, so duh
I can’t take it no more
Baby, we in tuxedo groove
Pharaohs and E. Badu
Crazy in the black and white
We got the drums so tight
Baby, here comes the freedom song
Too strong we moving on
Baby this melody
Will show you another way
Been tryin’ for far too long
Come home and sing your song
But you gotta testify
Because the booty don’t lie

Yeah
Yeah, Let’s flip it
I don’t think they understand what I’m trying to say

I asked a question like this
Are we a lost generation of our people?
Add us to equations but they’ll never make us equal.
She who writes the movie owns the script and the sequel.
So why ain’t the stealing of my rights made illegal?
They keep us underground working hard for the greedy,
But when it’s time pay they turn around and call us needy.
My crown too heavy like the Queen Nefertiti
Gimme back my pyramid, I’m trying to free Kansas City.

Mixing masterminds like your name Bernie Grundman.
Well I’m gonna keep leading like a young Harriet Tubman
You can take my wings but I’m still goin’ fly
And even when you edit me the booty don’t lie
Yeah, keep singing and I’mma keep writing songs
I’m tired of Marvin asking me, “What’s Going On?”
March to the streets ’cause I’m willing and I’m able
Categorize me, I defy every label
And while you’re selling dope, we’re gonna keep selling hope
We rising up now, you gotta deal you gotta cope
Will you be electric sheep?
Electric ladies, will you sleep?
Or will you preach? 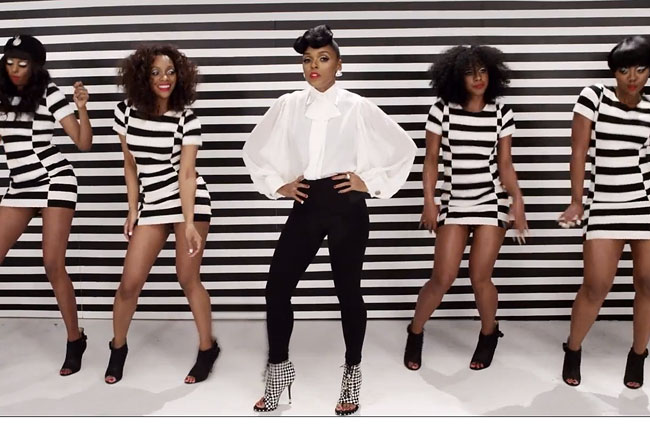