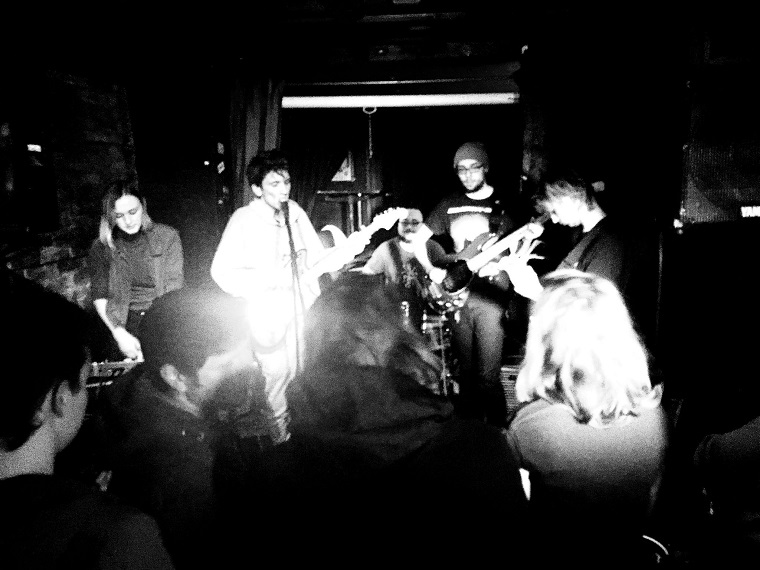 From the album “Twins” by James Wyatt Crosby (Maisonneuve Music, 2017)

James Wyatt Crosby is making his debut album. “With what we’ve recorded so far, it feels like I can finally stand behind my music without making excuses about it.” Crosby continues, “I used to hide behind this self-deprecation thing, you know, talking down about myself and my songs, but I think that was me trying to hide how much I really cared—I guess I didn’t want to seem too proud. It’s definitely fun and easy to slip into that sort of negative thought cycle and just say ‘I’m shit! I’m shit! Everything is shit!’ but that gets old pretty quick and it’s way more rewarding to genuinely believe in yourself and to see your ideas as being valid. I don’t doubt myself as much as I used to, I’m less critical that way.”

In January 2017, Crosby left his band Garbagio to pursue his long-held aspirations of completing a full-length album. “I loved playing live with that band. There’s something intensely satisfying about playing bars or house shows where people, even a small group of people, are reacting to something you’re doing. I never thought I’d be able to connect to a crowd like that and those shows and all those people involved in the band and in that little scene had a huge impact on me. They made me feel like I was doing something right.”

“Candyfloss” is the newest single off of Crosby’s forthcoming album. “I’d describe this song as being very soft and sweet, almost purposefully schmaltzy. We were trying to capture a kind of playful ‘lovey-dovey’ feeling by experimenting with different sorts of instrumentation and I think we made something really pretty.” This dreamy little ditty is definitely chock full of instruments… between the vibes, strings, slide guitar and autoharp, it’s enough to make anyone blush.

As for his debut album, Crosby is a little more tight-lipped on the subject. “I don’t want to say too much because it’s still a work in progress, but it’s definitely a really varied album. I wanted all the songs to be really catchy and singable because that’s what I like most about my favourite songs. I’m having a lot of fun working with different musicians and making these songs the best they can be. I’m excited to see how people react to them when we finally release them.”

James Wyatt Crosby is a multi-genre musician, producer and recording artist from Southern Ontario, Canada. He is currently recording his debut album which will be released on Hamilton-based label Maisonneuve Music in 2017