Skip to content
Home » Music » James Vincent McMorrow: How To Waste A Moment

On a pecan farm half a mile from the Mexican border, ‘Post Tropical’ was born – a collection of sounds and ideas brought to life in rooms where the low frequencies of passing freight trains vibrated in the studio, briefly disturbing the birds in the rafters. And like most new ideas, ‘Post Tropical’ is hard to describe. It requires attention and engagement. It seduces you towards hidden depths. McMorrow’s acclaimed debut album, ‘Early in the Morning’, reached number 1, went platinum and picked up a Choice Music Prize nomination upon its release in 2010. Along the way, there were shows everywhere from the Royal Festival Hall to Later…with Jools Holland, and a breakout hit in the charity cover of Steve Winwood’s ‘Higher Love’. McMorrow’s first record was the formative sounds of a songwriter who suddenly found people giving a damn. “I’m so proud of that album, but I never longed to be a guy with a guitar. You play these songs live as best you can, and suddenly you’re a Folk musician. But the texture of this record is completely different. This is the kind of stuff I actually listen to.” Wiping the palate of ‘Early in the Morning’ clean, Post Tropical’ is a stunning piece of work. Its broadened horizons may come as a surprise to everyone but James and the people who know him best. “I found a zip drive recently, which dates back to before I made my first record, and I’d re-recorded every single part of the N.E.R.D album – apart from the vocals – just for the joy of it. I wanted to give this record the feel and movement of the hip-hop records that I love.” 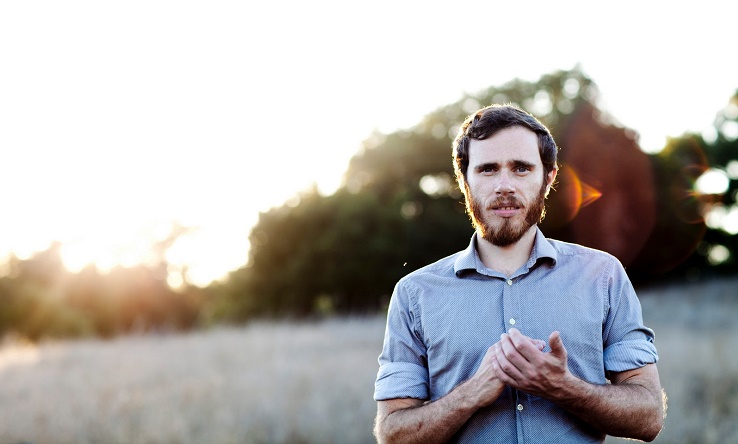 Wasted moments. We had a lot of them. Even though I believe I’ve done the right thing at the time, when I look back I realize I actually made my life a lot more difficult. Not an uncommon tale. I rarely learn anything from the mistakes, in fact if I went back I’d probably do the same stuff all over again. But I am trying. I’m trying to be better, and more honest. I was thinking about those wasted moments one night while I was working on my next record. I started writing this song, finished it in front of my drum kit the next day. I already had all my songs for the new record, this felt like something different, born out of the same ideas but for different reasons. I recorded it with tempo because life to me is tempo, it’s rarely slow. This song is the connect from where I was, to where I’m going to be very soon. – James Vincent McMorrow.

James Vincent McMorrow: How To Waste A Moment

James Vincent McMorrow: How To Waste A Moment Lyrics:
Never learn, Never learn from before
Still return
I return expecting more
That’s how I waste the moment
Everybody says
Living with this violence
Littered with regret
I’ve been wasting moments
Strip them till they’re clean
Buried under silence
Hidden in the leaves
Two degrees
Two degrees is not that for
Still you & me
(Bridge)
I always thought that I’d be alone
A million hearts, still wrapped around my throat
I hear them beat
I see them all, in front of me
Where they don’t belong
The have no meaning
Just fingers soft
& hands obscene.