J.R. Byrd is an acoustic “funk-pop” singer-songwriter based out of Denton, Texas, J.R. (James Robert) Byrd has always been the mysterious, creative boy-next-door type. One that you might see gently placing a baby bird back in its nest or walking the neighbor’s dog. While he is not out saving the animals, though, J.R. fills his time with songwriting and performing. If you asked J.R. what he is thinking at any time of the day, the answer is always the same, Music. J.R.’s music has been said to have the “essence” of John Mayer, the improvisational quality of the Dave Matthews Band, and lyrics as silly as Jack Johnson. This is not surprising as he has been greatly influenced by the likes of John Mayer, Ben Folds, Dave Matthews, Chicago, and Billy Joel. The songwriters he admires include Jon Brion, Glen Phillips, and local Austin artist Bob Schneider. Currently he has been inspired by the songs of Sara Bareilles and Jason Mraz. 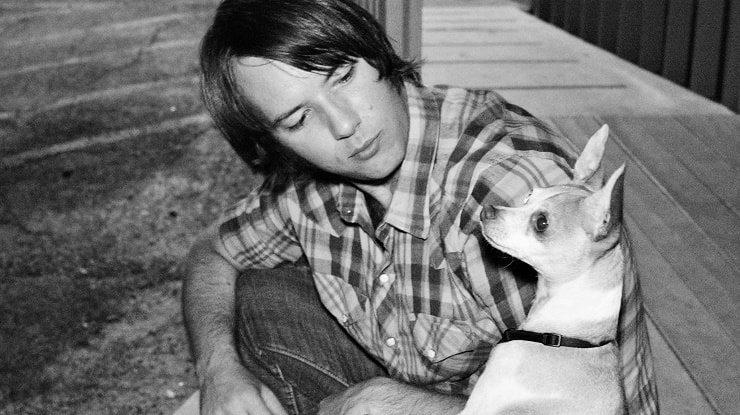 J.R. was born in a small town near Seattle, WA named Woodenville. He was born December 8th– the same exact day John Lennon was assassinated. Coincidence? At the age of five, J.R. (AKA “Robby”) moved to his hometown of Littleton, CO. He started his musical journey on no less then the piano, dreaming of being the next Billy Joel. Playing in several high school bands, J.R. learned the basics of the guitar and bass. The boy now known as “J.R.” recorded his first original compositions at the age of 16 with his high school band known as “Sneaky Petes.” One of J.R.’s most harrowing experiences in his life was during the shootings at Littleton High School. As a senior in high school, J.R. lost several friends in this horrible tragedy. Leaving Littleton behind, J.R. attended the famed jazz school at the University of North Texas, where both Norah Jones and Eagle’s drummer Don Henley got their start. At the University of North Texas, J.R. majored in Jazz Studies, refining and learning many instruments along the way including saxophone, bass guitar, electric and acoustic guitar, and drums.

J.R. really delved into the “song-writer” style in his record Afternoons with Maya. Although never officially released, the album is named after his Weimaraner Maya. Not surprisingly, the record has songs about dogs, one of J.R.’s continuous loves throughout his lifetime. (He now has four.) During this time J.R. played throughout the DFW area as a one-man-acoustic act. Proven as a seasoned professional, he won “best artist” at the Texas Independent Music Expo through the Dallas Songwriter’s Association. During 2012 he began performing in house concerts throughout the United States. Passionate about the house concert movement in America, J.R. always encourages musicians to do the same. Many talented songwriters are delegated to playing wine bars and empty coffeehouses. With the house concert movement booming, once again we see that America craves genuine, authentic musicians in which they can experience original music in a “listening room” environment and get to know the artists personally. This inspired him to make Down Home Son, a compilation of his songs with just a man and his guitar. Currently J.R. continues to tour throughout the US and play with his band, “JR Byrd and the Tracks” in Denton and Dallas clubs and festivals. He is currently working on retooling his album Down Home Son to be released in 2015 with new compositions on piano and guitar and planning a house concert tour in the Fall of 2014. J.R. is busy helping other young artists in the Denton area, mentoring and producing as much as possible. He has partnered with dentonradio.com to help boost the visibility of music in the Denton community. Highly involved in the Denton community, you can find him and his wife at the Denton Community Market every Saturday with their dog Giraffe.

I wanted to shout, but what came out
Was a whisper instead

Wait for me, wait for me. Wait.

Just for once I want the dream
Where I knew you were staying
Always with me, you never say goodbye

But it’s the same thing every time
I lose you every night
And you can’t hear me say. Close.